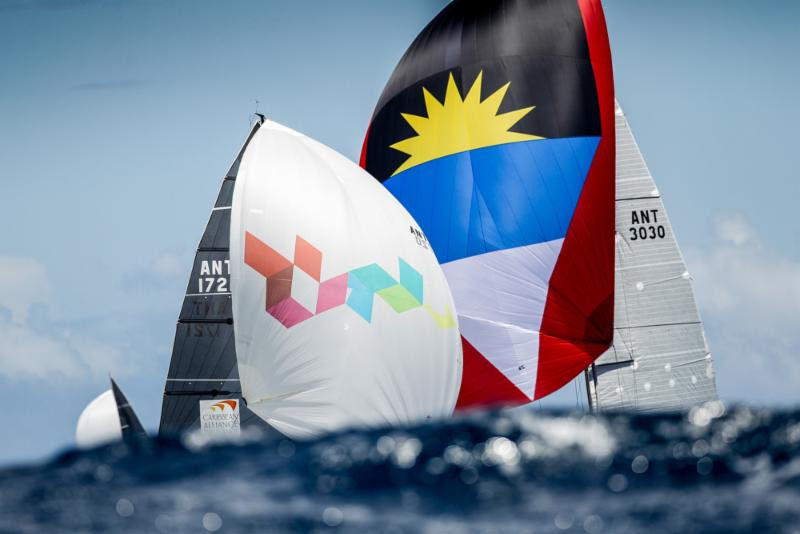 Fresh trade winds piping up to 20 knots in the gusts blessed Antigua and Barbuda Race Day, for the last race in the stunning fabled sailing grounds of Antigua. One race was held for all classes to decide the teams that would be taking a bow on the main stage at the Final Awards Party. This year new marks at Jolly, Nanton, Lee and Friars have allowed the Race Committee to set both longer coastal races and shorter technical windward leeward races. With Race 8 concluding on the water action for the 52nd edition of Antigua Sailing Week, the 12 class winners have been decided.

“We are delighted with the fantastic response and feedback we have received regarding the new courses,” commented Lorna Saunders, Racing Manager, Antigua Sailing Week. “It has been challenging not only for the competitors, but for the Race Officers as well. The Multihulls, Double-Handed and CSA 1 classes have thoroughly enjoyed the mix of coastal and round the cans courses, and all the competitors have relished the new windward, leeward courses being thrown into the mix – A great success out on the water.” 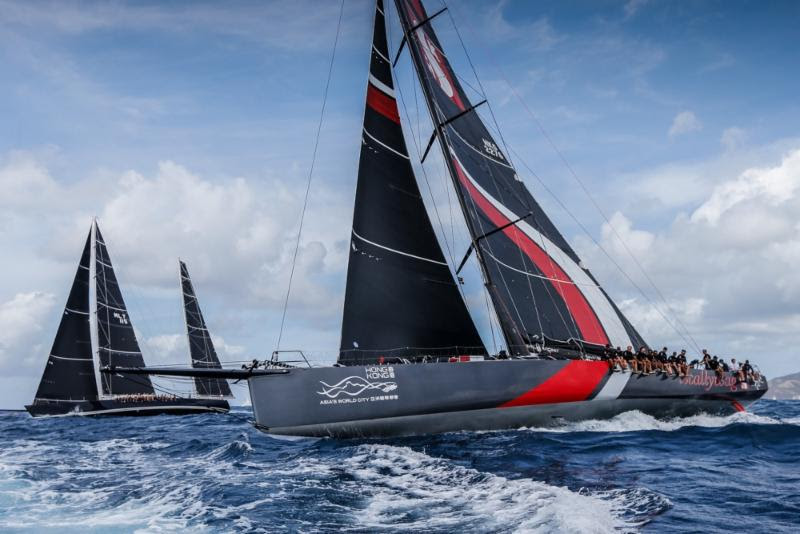 It was great to see the Dovell 100 SHK Scallywag back in action on the final day © Paul Wyeth/pwpictures.com 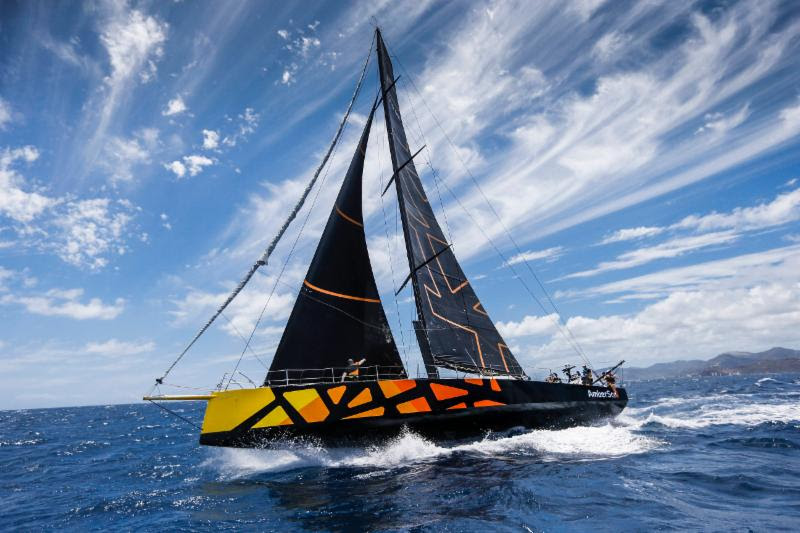 The last race of the day in Racing CSA1 went to the Lithuanian Volvo 65 Ambersail 2 © Paul Wyeth/pwpictures.com

In CSA 1, Sir Peter Harrison’s British superyacht Sojana won the big boat class for the regatta, but the last race belonged to Volvo 65 Ambersail2, skippered by Simonas Steponavicius. The Lithuanian team finally defeated Sojana in Race 8 and also scored a memorable victory over SHK Scallywag, skippered by David Witt which was returning to action after ripping their mainsail during the Peters & May Round Antigua Race. Sojana is the CSA 1 champion for the second year running, Ambersail2 ended the regatta second in class, with Jean Pierre Dick’s French JP54 The Kid in third. 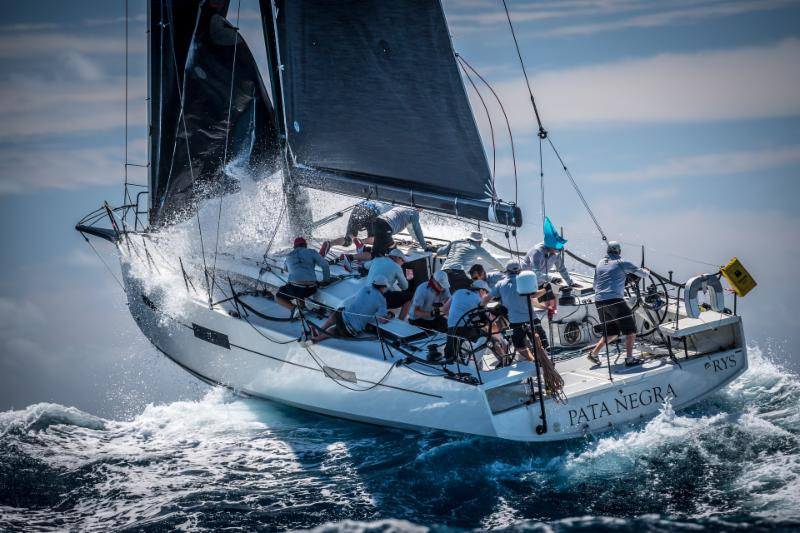 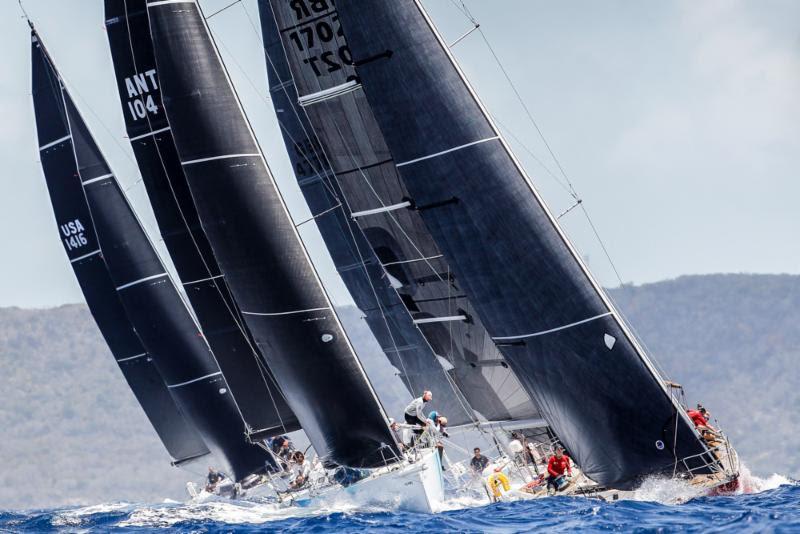 In the Multihull Class, Robert Szustkowski’s HH66 R-SIX is the class champion having won all five races. Huge congratulations to the Polish team who have been racing at Antigua Sailing Week for the last three years.

In the Double-Handed Class it went to the wire. Philip Asche’s American Swan 44 Freebird won the last race, taking line honours in the 24-miler in an elapsed time of 3 hours, 30 minutes and 49 seconds. The new coastal course takes in the beautiful vistas of Antigua’s rainforest and many of the stunning beaches on the south and west coast of Antigua. Freebird won the inaugural Double-Handed Class at Antigua Sailing Week. David Kinsey’s American Oyster 49 Buckaroo is second and Henry Rourke racing his Open 40 Raucous is third. 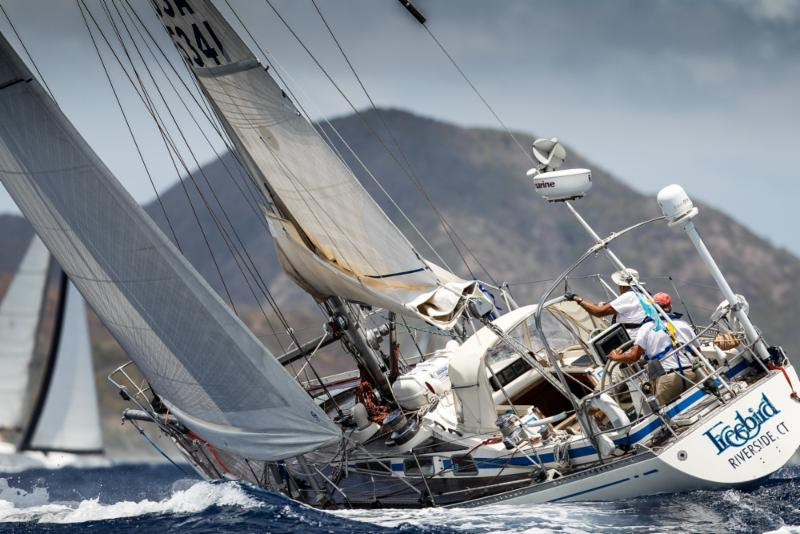 There was a thrilling climax to racing in Bareboat 1. Alexander Pfeiffer KH+P Bavastro won the last race by just 17 seconds from Gerd Eiermann’s KH+P Odin II, but it was not enough. KH+P Odin II was the class winner by a single point after eight friendly, yet hard fought races, with last year’s champion KH+P Bavastro second for 2019. Karl Puetz’s KH+P Lascaris is third. 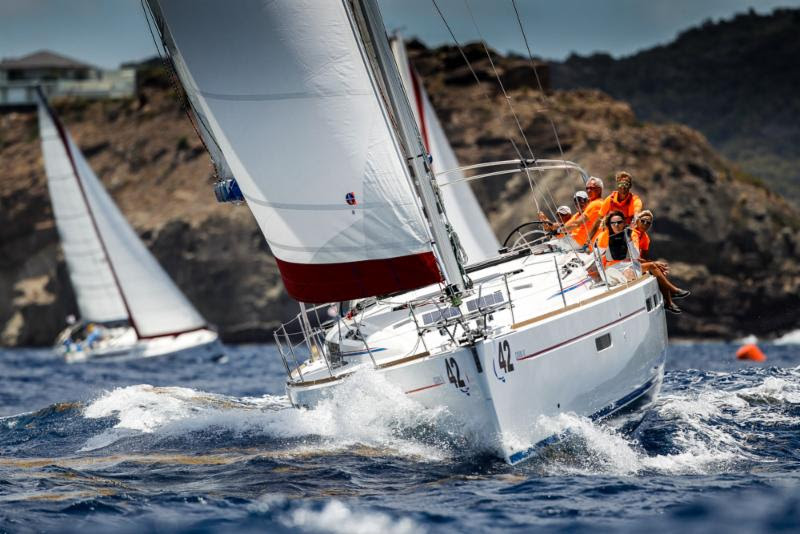 KH+P Odin II was the class winner by a single point © Paul Wyeth/pwpictures.com 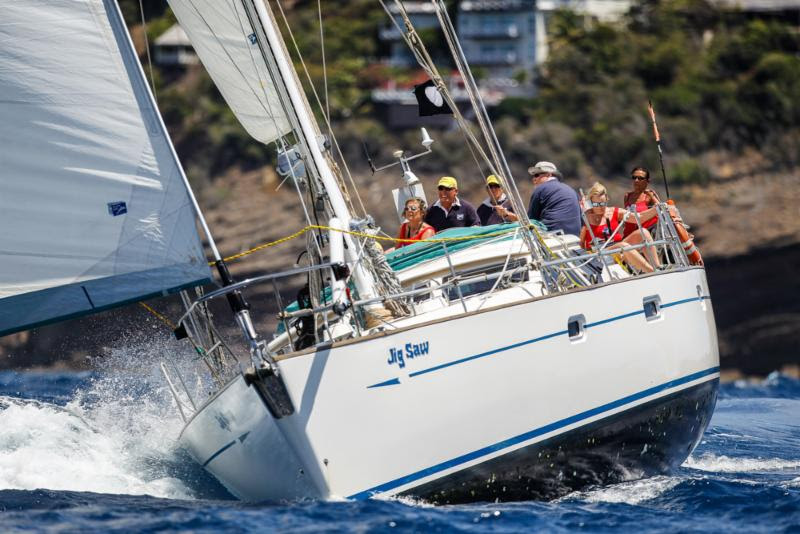 In the Club Class, Ian Galbraith’s Scottish team racing Oyster 53 Jigsaw, including brother Eric and nephew Steven, will be celebrating tonight. Jigsaw won the last race to win the nine-strong Club Class by a single point. Last year’s winner Jon Constantine’s Feeling 39 Imagine of Falmouth is second, James Gardner and Jerry Bethell’s Jeanneau 54 INDY – Loosha Sails was leading the class going into the last race, but finished third.
Tonight, Friday 3rd May, the Final Awards Presentation takes place in the UNESCO World Heritage site of Nelson’s Dockyard. Thousands of honoured guests, Antiguans, visitors and sailors, will pay their respects to the winners of the 52nd edition of Antigua Sailing Week. DJ Purist and live music from 1761 is sure to get the party going!
Special prizes will be announced in the next press release, including the overall winner of the Lord Nelson Trophy.