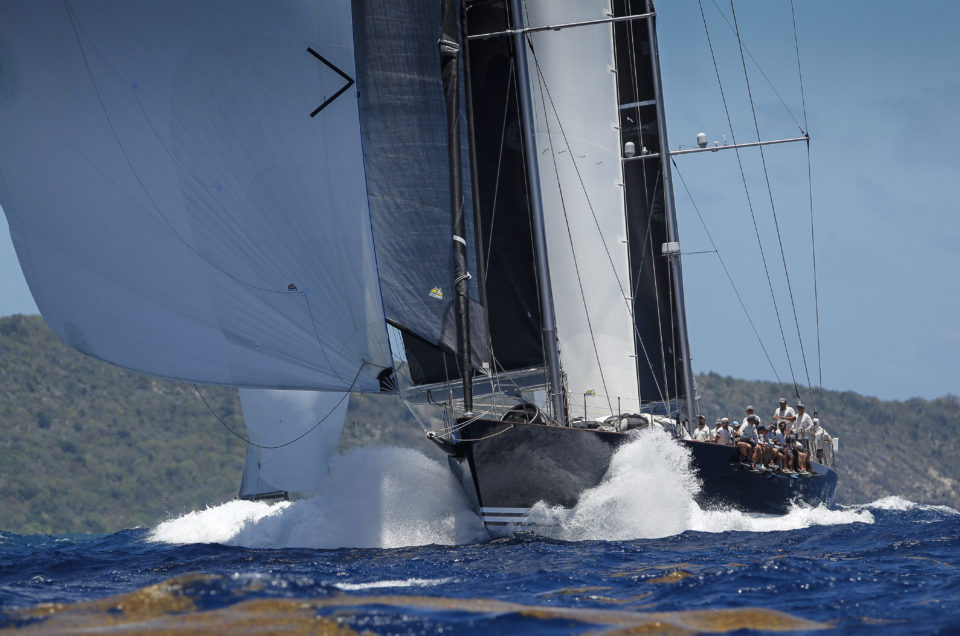 Mother Nature delivered fantastic conditions for the first day of the 51st edition of Antigua Sailing Week. English Harbour Rum Race Day was spicy, packing a real punch. With 20 knots of breeze and a building sea state, the 116 teams that took to the combat zone revelled in fast conditions drenched in sparkling sunshine.

“It was pretty shifty today, quite gusty and we kept it simple and tried not to do anything special,” commented Black Pearl’s tactician, Gareth Blanckenberg. “The crew work was all good and we had a solid mistake-free race and everything came together. My style is that I am not too much of a risk taker and this crew is very good at what they do so you can have the expectation that everything is going to work. Tomorrow things will be different as we will be on another course which will bring new challenges.” 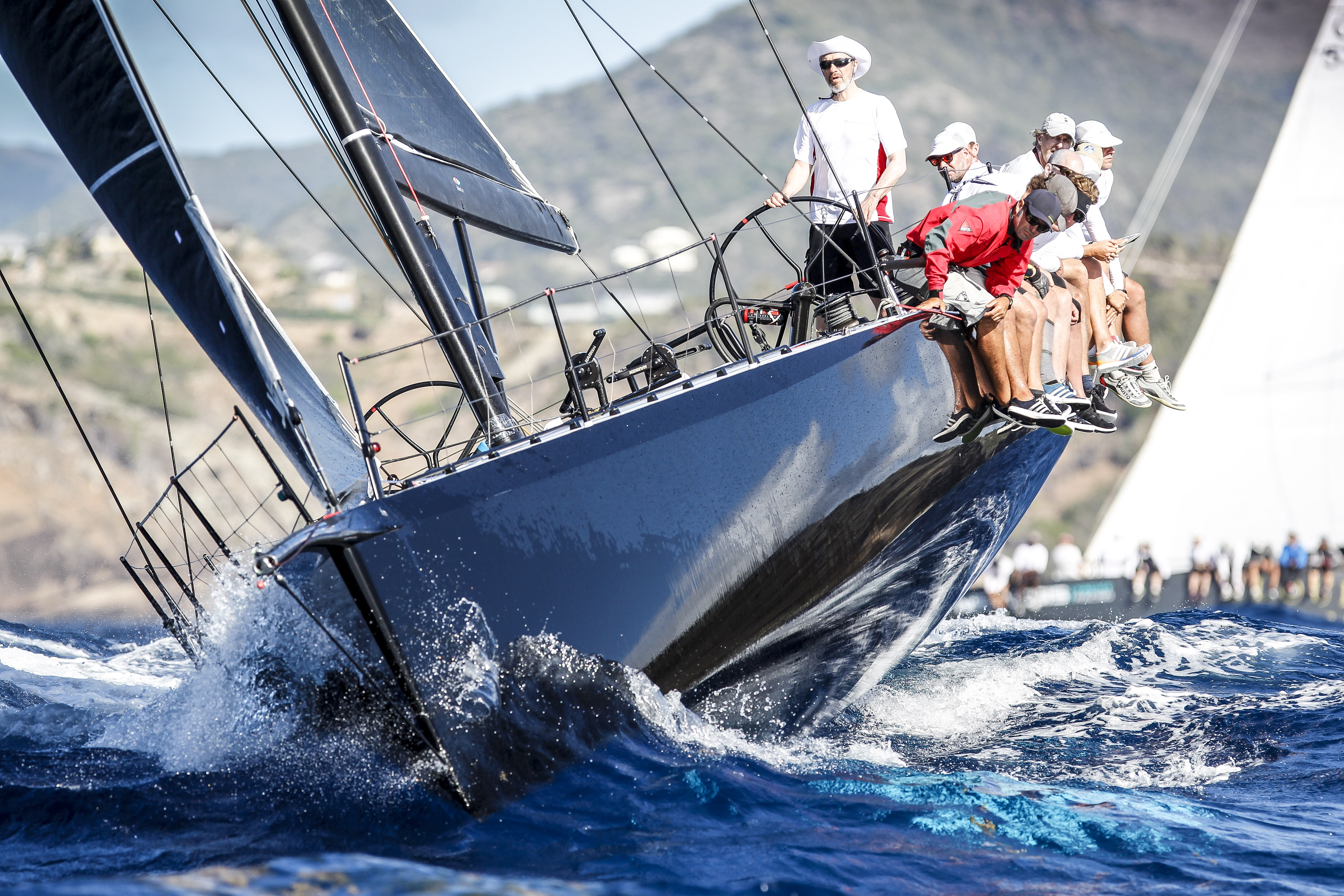 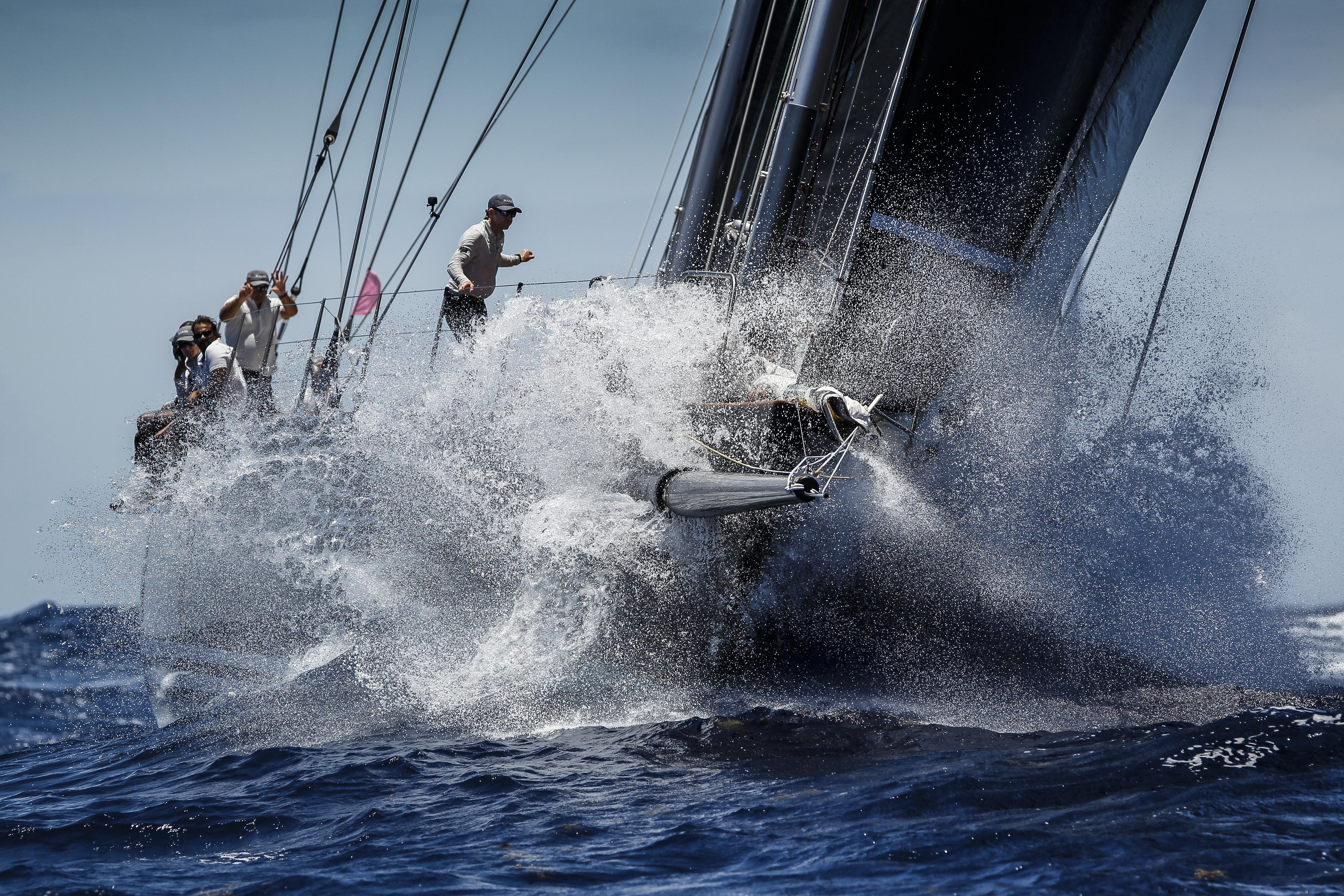 Celebrating his birthday out on the race course, Peter Harrison’s superyacht Sojana took a win on the first day of Antigua Sailing Week © Paul Wyeth/pwpictures.com

In CSA Two, Peter Harrison’s Superyacht Sojana sailed well to give its owner the perfect birthday present; a win in the first race of the regatta. Peter is much loved in Antigua for his support of the yachting industry, as well as funding the restoration of some of Antigua’s key historic buildings such as Clarence House through the Peter Harrison Foundation. Peter is also a generous supporter of Antigua’s National Sailing Academy. Lithuanian Volvo 60 Ambersail was second in CSA Two and Stuart Robinson’s Swan 82 Stay Calm was third. 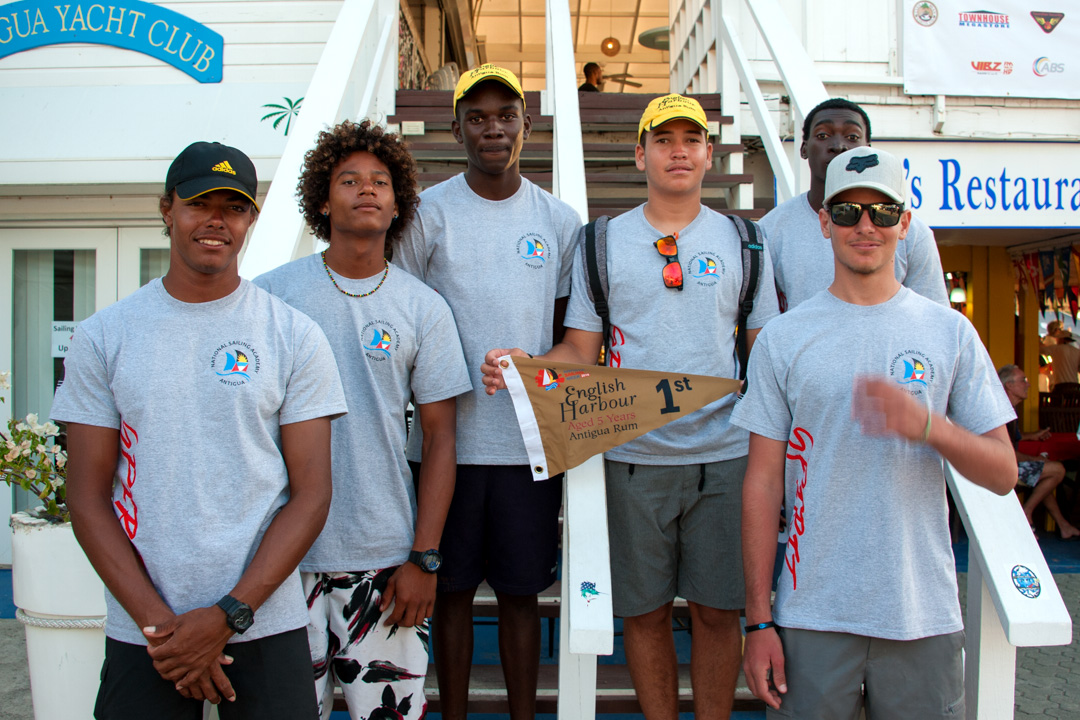 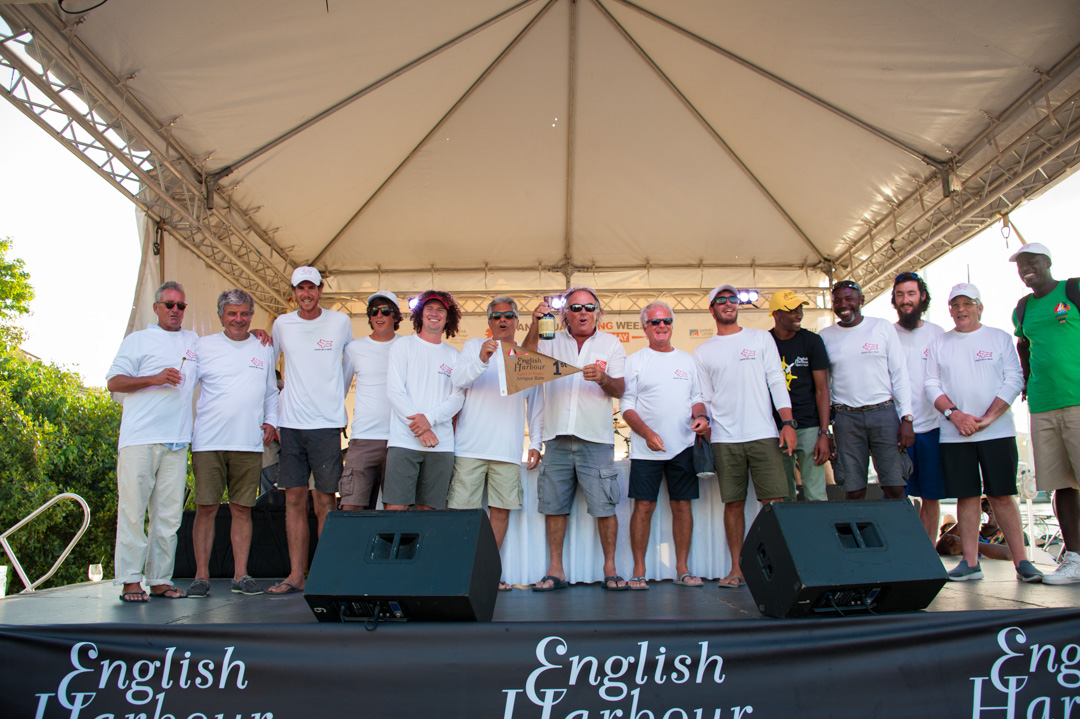 “We had a reasonably good start in clean air,” said Sleeper X’s owner Jonty Layfield after racing. “We were sailing for clean lanes all the time and that worked well. As we have a symmetrical kite we could sail low on the fleet which made up a lot of time. We are very happy because it is a completely new team even though I have known some of them for 30 years, so that was a good feeling.”

Antigua Sailing Week continues tomorrow (Monday) with the Fever-Tree Race Day where sailors from over 37 nations will compete on the second day of this truly international contest. 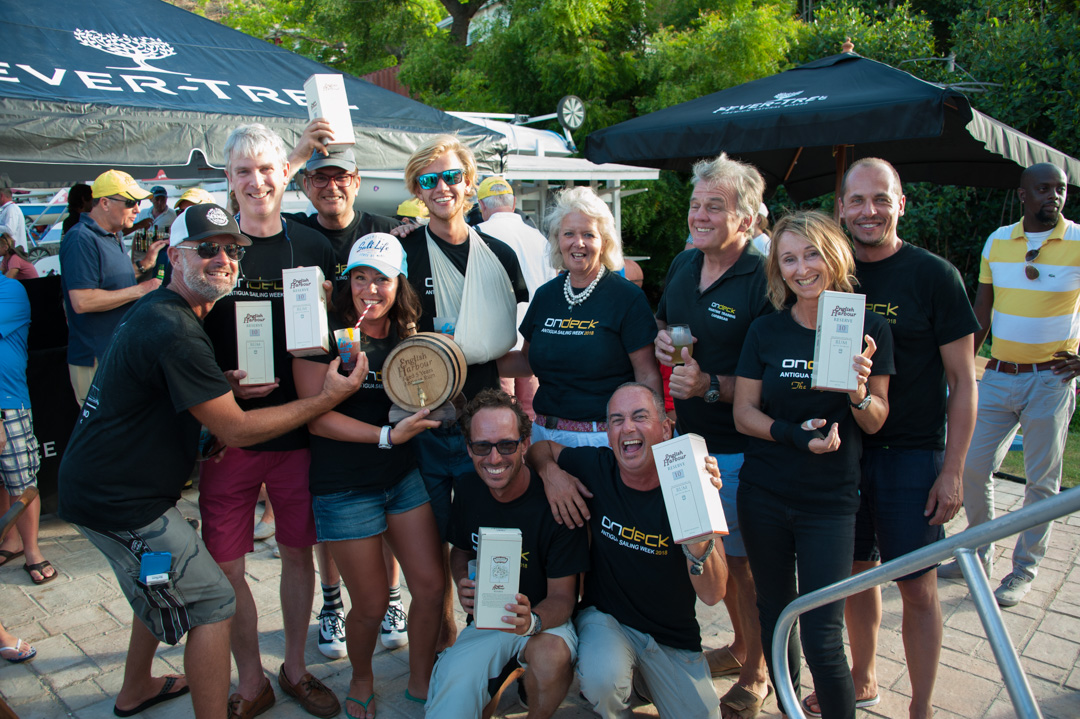 OnDeck’s Farr 65 crew on Spirit of Juno celebrate their win in CSA Racing 3 on English Harbour Race Day 1. Is that a few bottles and a 6-litre oak barrel of English Harbour Aged 5 Years Antigua Rum we see? © Ted Martin 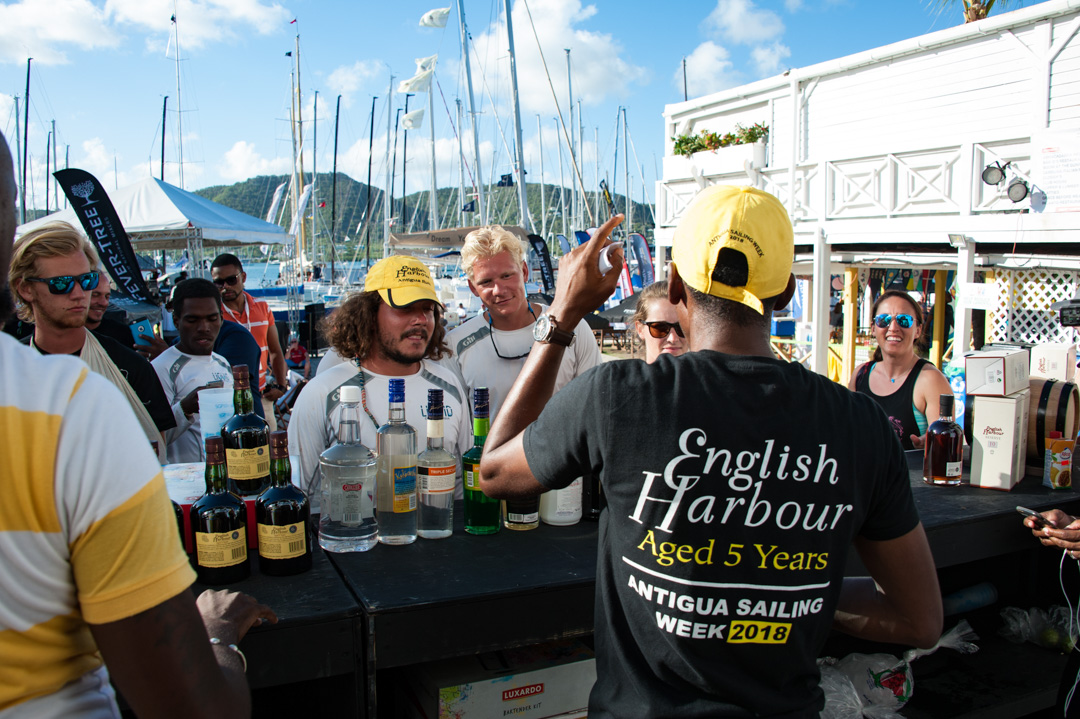