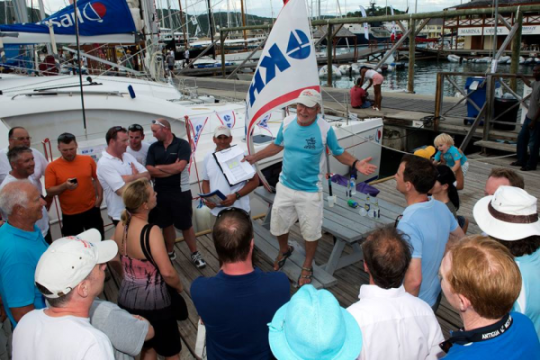 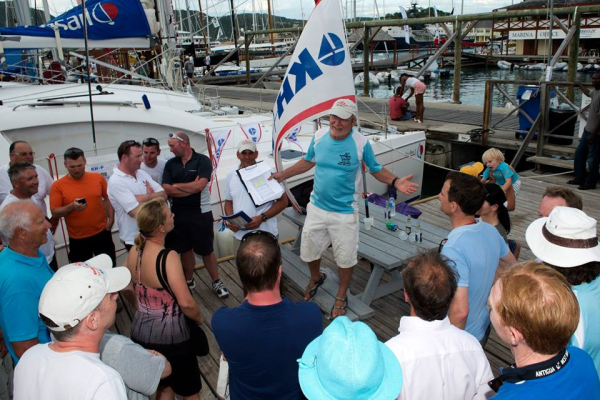 “Our first Antigua Sailing Week was 1991 when we brought three individual crews to participate. In 1992 I had the idea of talking to a magazine which represents our national sailing association in Germany, DSV (Deutscher Segler Verband), to promote ASW and the opportunity for sailors to participate on a charter boat. They featured Antigua and Antigua Sailing Week for a number of months in the run up to ASW 1992 and we finally got eight crews to participate which resulted in more excellent press coverage. At this point it was charter boats racing in the cruising classes rather than in separate bareboat classes.

Over the following years we brought journalists and even television teams to report about ASW, and the numbers of boats we had participating increased to twenty and eventually in 1997 forty crews attended (the maximum), including some spectator boats and motherships.

Then of course there is the racing, and counting the trophies and teams who have placed from 1st to 3rd in the different classes including the Guadeloupe to Antigua Races we have received 176 trophies from 1991 to 2014, many times winning best bareboat overall.

After the great success and publicity of the late Jol Byerley’s High Tide with an all ladies crew, we had the idea of setting up the first real all women crew including a female skipper instead of a male skipper, and since then we have brought 13 all-ladies crews.”

Looking back on the rest of his career, Hartmut started his business with his own charter base in Italy (Island of Elba/Tuscany) in 1977 alongside a worldwide charter agency from 1979. In the late 70’s he created and organized special yachting events which are now an important part of his business, aside from the normal bareboat and crewed charters. This includes fun regattas like the Karibik Trophy, together with Lufthansa Airlines in 1990 as well as explorer and culinary cruises.

A huge thank you from everyone at Antigua Sailing Week through the years to Hartmut Holtmann and his crews.