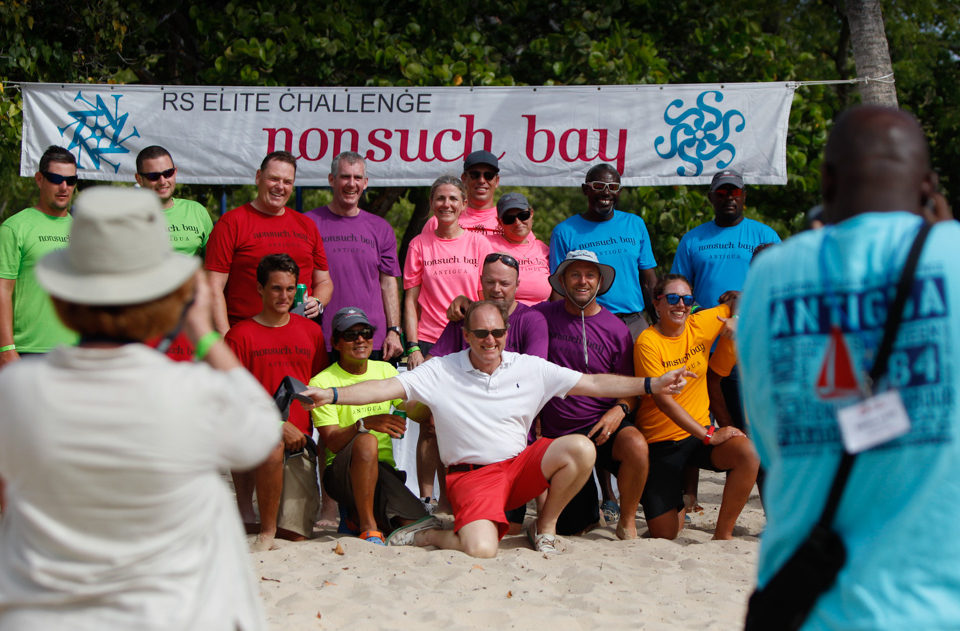 ST. JOHN’S, Antigua, April 28, 2017 – Antigua Sailing Week is delighted to announce that the Nonsuch Bay RS Elite Challenge has a full entry list of top competitors for the fifth edition of the invitational regatta which will take place just off Pigeon Point Beach on Presidente Lay Day, Wednesday May 3rd. Nonsuch Bay Resort will be providing a sumptuous beach barbecue with a menu prepared by Caribbean Chef of the Year, Mitchell Husbands.

Eight teams will contest the Nonsuch Bay RS Elite Challenge. Racing is done in two preliminary heats of three races each. The two top finishers of each heat go to the final round, which also consists of three races. All races are approximately 15 to 20 minutes in length keeping them challenging and exciting to watch! Racing starts at 12 noon and the prize giving will be held on the beach at approximately 4 p.m. The top prize is one week’s all-inclusive stay for two people in a Deluxe Suite at Nonsuch Bay Resort, Antigua’s premier beach and sailing resort.

“Nonsuch Bay Resort is proud to support the 50th edition of Antigua Sailing Week and there has been a huge demand for places in this year’s Nonsuch Bay RS Elite Challenge. We could have filled the eight available places several times over,” exclaims Mark Whinney, Sales and Marketing Director at Nonsuch Bay Resort.

“The beauty of this event is it brings a bit of ‘stadium’ one-design competition to Sailing Week – a chance for all of us to see the very best teams compete against each other on level terms, and all this while enjoying the sunshine and laid back vibe at Lay Day’s beach party. We have sailors from all forms of yacht racing, an international group as well as young and old. This will be the fifth edition of the Nonsuch Bay RS Elite Challenge and it has proved to be a winning formula. We would like to invite everybody to come to enjoy the racing with great commentary, fabulous food and a wonderful atmosphere,” continues Whinney. 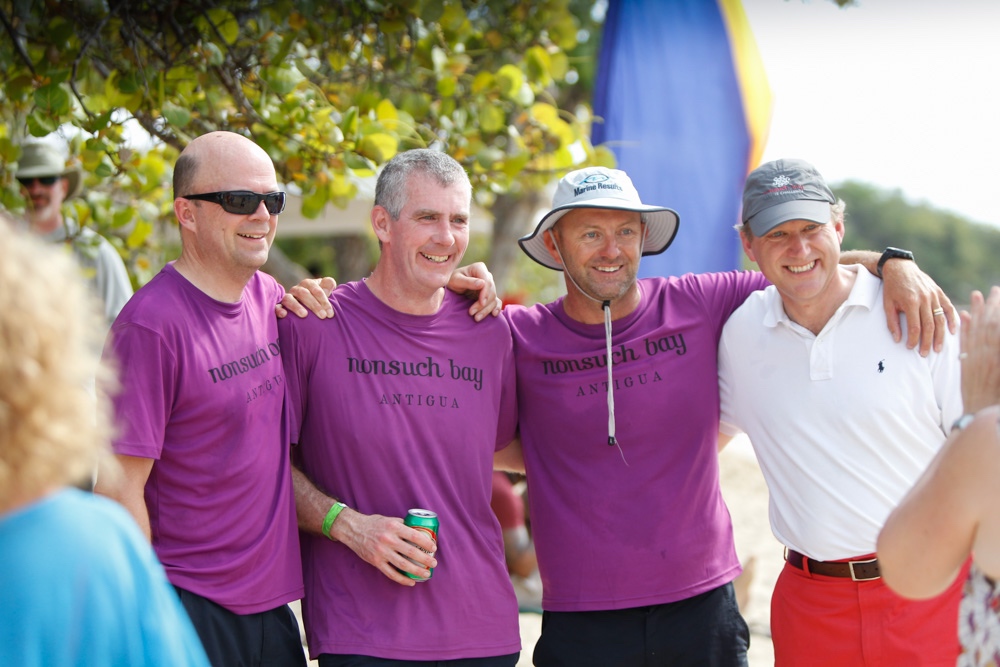 The eight skippers for the 2017 Nonsuch Bay RS Elite Challenge are from Antigua and Barbuda, Germany, Great Britain, Italy, Poland and Puerto Rico.

European ILC40 champion and round the world racer Robert Janecki hails from Poland and will be skipper of the fastest boat at Antigua Sailing Week: HH66 Catamaran, R-Six. Robert has also coached the Polish Olympic Sailing Team and is a world-class triathlete.

Olympic Bronze medallist and Dragon World Champion Ossie Stewart has tasted success in a huge variety of yachts — Fireballs, 505s, Mumm 30s, Farr 40s and Solings. Ossie has won the Fastnet Race and was second in the 2016 RS Elite UK Nationals in Cowes.

With over 120,000 nautical miles of professional sailing experience, including a circumnavigation, Loz is the boat captain for Sir Peter Harrison’s Farr 115, Sojana, the largest yacht competing at Antigua Sailing Week. Loz was a skipper for the Global Challenge Round the World Yacht Race, two Transatlantic yacht races and the Round Britain & Ireland Race.

The Puerto Rican yacht owner has decades of experience, winning just about every regatta going in the Caribbean. His Melges 32, Lazy Dog is one of several racing yachts owned by the business entrepreneur and will be one of the top teams at this year’s Antigua Sailing Week.

Skipper of Team Dingo at Antigua Sailing Week, Paul originally hails from England, but is a long-time resident of Trinidad where he is famous for building and modifying race boats.

Antiguan teenager Rhone Kirby is one of the rising stars from Falmouth, St. Paul’s. Rhone represented Antigua & Barbuda in the Youth Olympic Games and has set his sights on representing his country at the 2020 Tokyo Olympic Games. Rhone qualified for the Nonsuch Bay RS Elite Challenge by way of winning the Nonsuch Bay RS Elite Summer Series Final.

The skipper of TAZ for Antigua Sailing Week, Bernie has been one of the top Antiguan sailors for many years and still finds the time to run his busy dental practice in St. John’s. Bernie has won class at many of the Caribbean’s top regattas and was top Caribbean boat in 2014. Bernie qualified for the Nonsuch Bay RS Elite Challenge as runner-up in the Nonsuch Bay RS Elite Summer Series Final.