Hundreds of spectators watched the start of racing for Antigua Sailing Week from the Shirley Heights Breakfast Party and from the Half Moon Bay spectator boats, but none of them got as good a view as the curious whale that lined up in the pre-start area with the racing fleet. Warm air, 14 knots of breeze and a moderate sea state provided glorious conditions for the first day of racing sponsored by English Harbour 5 Year Old Rum. Three of the seven classes racing under the CSA Rule were just as hot as the weather, with seconds deciding the winners. 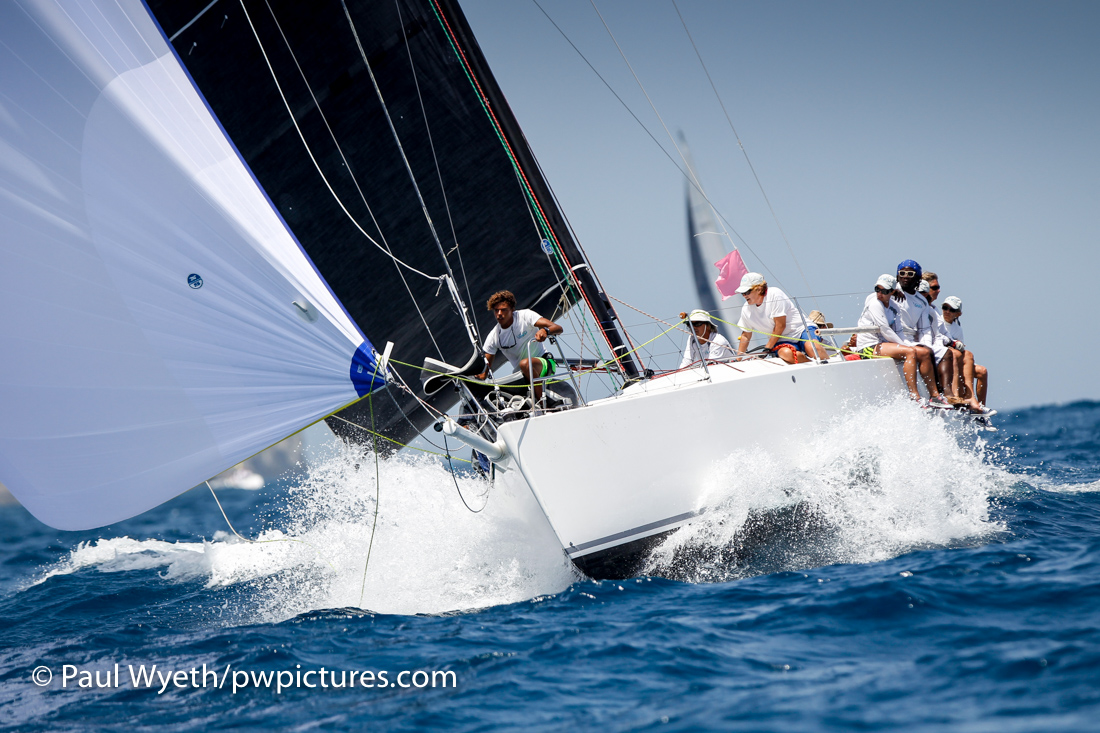 Jonty Layfield racing Antiguan J/11s, Sleeper corrected out to win Race 1 in CSA 4 by just 11 seconds from Jim Hightower’s Texan King 40, Hot Ticket. Ian Hope Ross, Commodore of the Sint Maarten Yacht Club steered his Melges 32, Kick ’em Jenny 2 to third. In Race 2, Mark Chapman’s Ker 37, Dingo had an outstanding race. The Trini team smashed it to win by a big margin. Richard Archer’s Antiguan Melges 24, Regardless scored a third in the final race, just four seconds behind Hot Ticket. Although Hot Ticket won neither of today’s races, Jim Hightower’s team leads the class by a single point from both Dingo and Sleeper.

“It looks like it is going to be really tight in our class. We wanted to be in a different class but now we are leading after two races, we have blown that argument! We would rather race other displacement boats but we went very well in the lighter winds today. When the light displacement boats get up and plane, we will have real problems,” explained Jim Hightower, Hot Ticket. 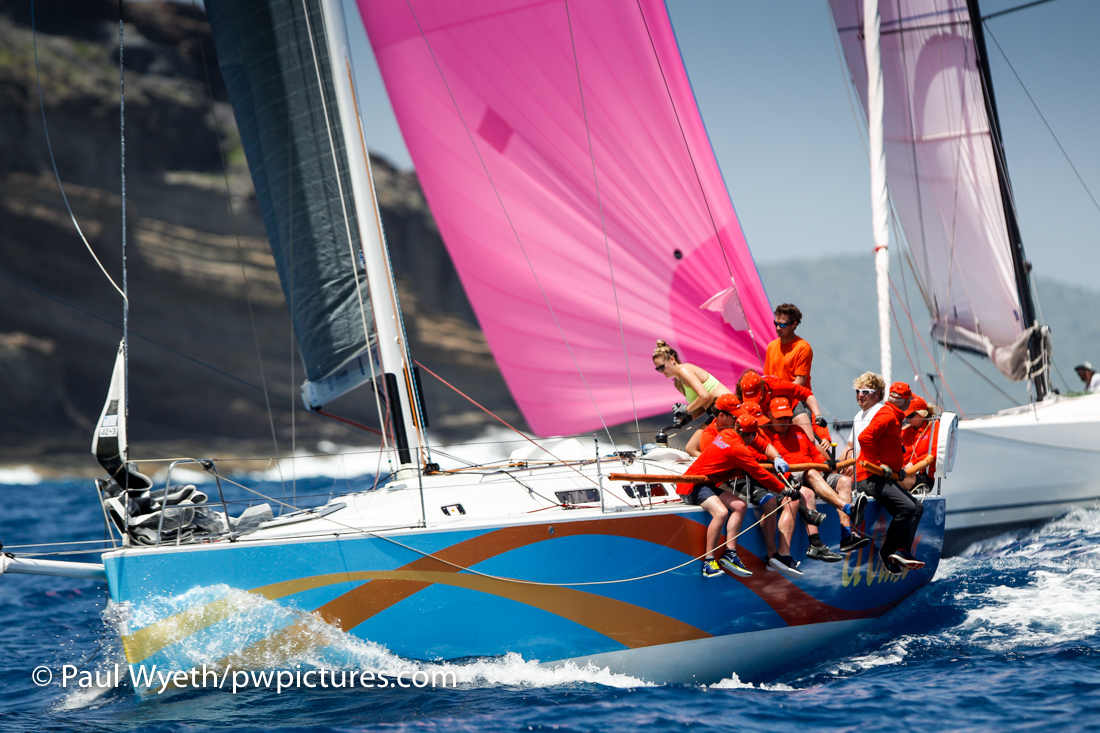 “The highlight today was three minutes to the first start, a huge whale longer than the boat, pops up just ten feet from the boat. As we were heading for the start, we didn’t have a camera on deck but it must have been at least 50ft. You don’t see that in the Solent,” said Chris Body of El Ocaso. “It must have been an omen because we went on to win both races. We had to pull all the stops out today and I have to say it was a memorable day, especially as we were sailing with four family members.” 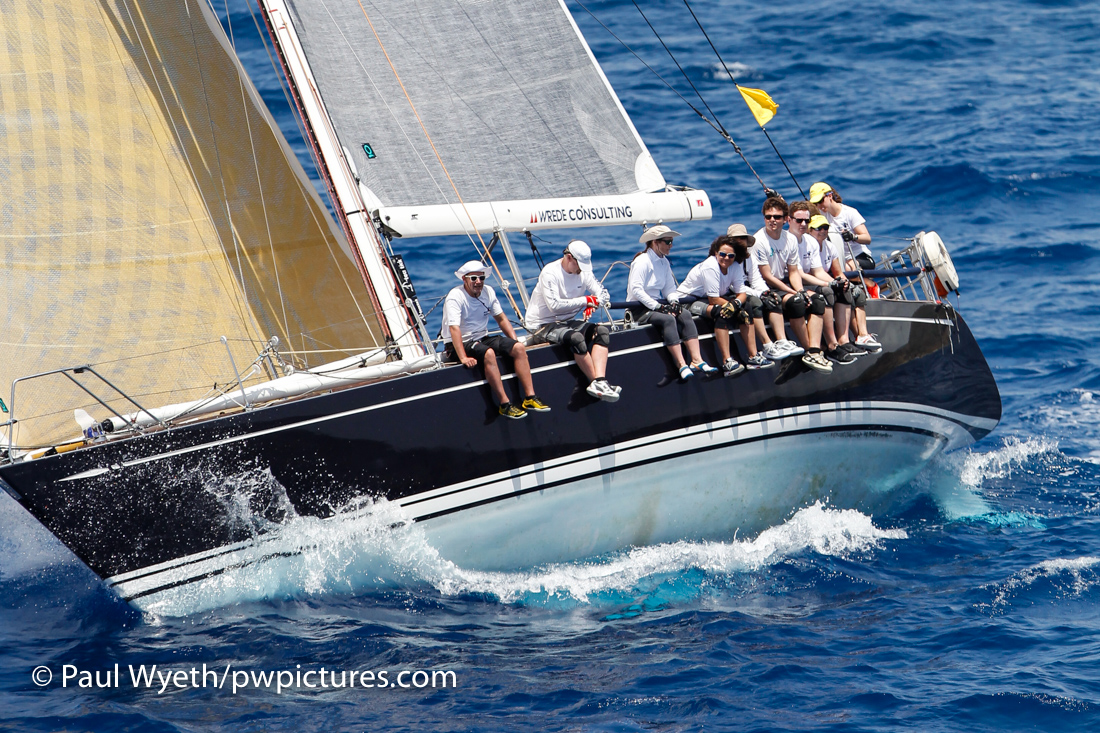 “We probably had the opportunity to do better in the first race, but I made a bad call on the kite for the first downwind leg. It ultimately cost us a win, but we came back, like we do and had another good start and kept our nose clear. This is going to be very competitive and if it goes light tomorrow, we could be in a lot of trouble. One lovely gesture was from Best Buddies who helped us clear our fouled prop after racing. A big ‘thank you’ from Scarlet Oyster,” commented Ross Applebey, Scarlet Oyster. 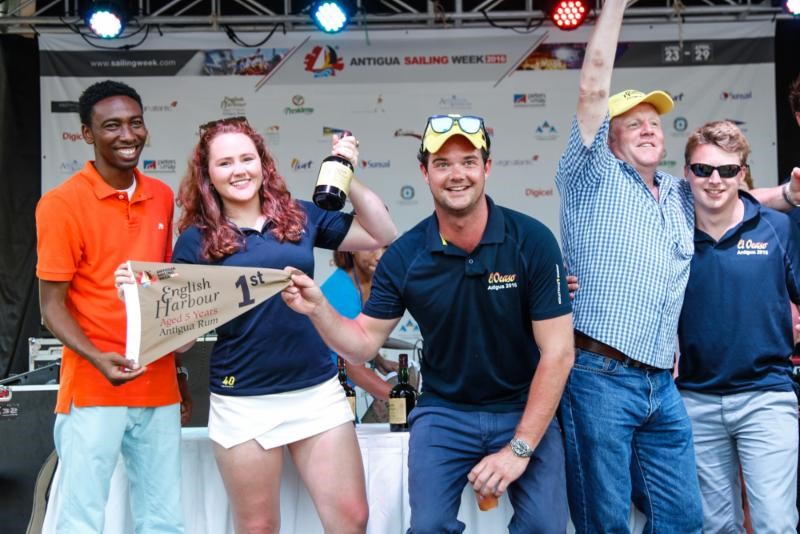 English Harbour 5 Year Old Rum was in great demand at the English Harbour Rum Race Day Prize Giving this evening. On the lawn at the Antigua Yacht Club, connoisseurs of Antigua’s amber nectar enjoyed sipping a few English Harbour Rum concoctions. Courtesy of the bartender Cocktail Competition for crews, a Cask of Gold from English Harbour Rum was the top prize won by the team from Performance Yacht Charter/EHO1. As the sun set on the first day of racing, Antiguan ‘swunk’ (Swing-Funk) band, The Sound Citizens, fired up their guitars, drums, organ, saxophone and anything else within reach. The band delivered a high energy stage show that lit the blue touch paper and the party went on into the evening. There will be a few sore bodies going out for the second day of racing for the 49th edition of Antigua Sailing Week.