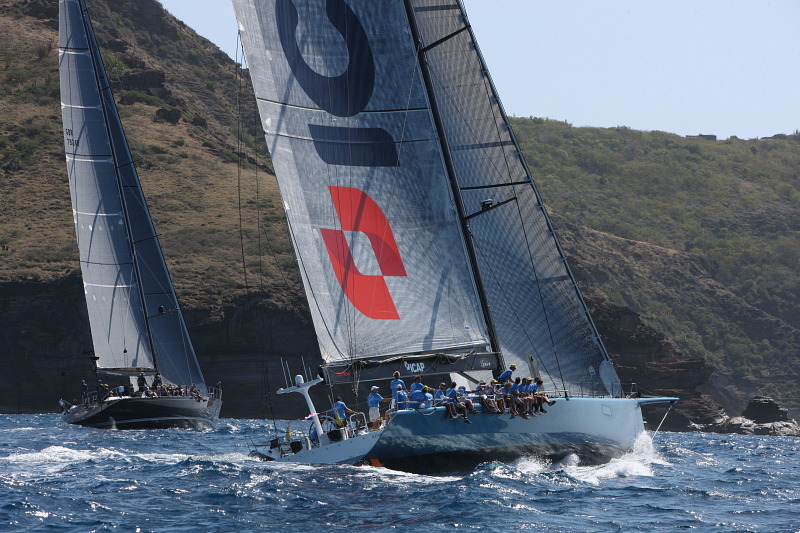 This year, Antigua Sailing Week is celebrating its 50th edition.  Everybody wants to come to the party and it is not too late to take up the invitation.  Eighty-four yachts have already entered and many more are expected to enjoy the memorable occasion. Whilst yachts from Antigua and the Caribbean will be racing in numbers, the majority of sailors will come from Europe, especially Great Britain and Germany, as well as from North and South America, Scandinavia and as far away as Australia.  Antigua Sailing Week produces a fine cocktail of top Caribbean sailors blended with yachtsmen and women from all over the world.

Leopard’s winter home is Antigua so we would love to take on similar teams at Antigua Sailing Week,” commented Leopard’s Boat Captain Chris Sherlock. “There are likely to be several Maxis here so it would be just a case of getting us all to race.  It would be a fantastic showdown to celebrate the regatta’s 50th edition.”

Multihull racing at Antigua Sailing Week is on the rise.  One newcomer to the regatta is the turbo charged HH66 catamaran R-SIX from Belize.  R-SIX will be going up against the Gunboats which are capable of similar raw speed, including Gunboat 60 Moementum.

Antigua Sailing Week invites sailors from across the world to come to its 50th edition and not having anything to sail or living overseas is not a good enough reason not to come!

Dream Yacht Charter has a range of Sun Odyssey, Dufour and Harmony monohull bareboats, as well as Lagoon, Catana and Bali racing multihulls which are also suitable for motherships.  There are several charter options for the CSA classes as well, from single berths to skippered race boats.

There are direct flights to Antigua from all over the world.  Virgin Atlantic is the official Trans-Atlantic Airline Sponsor of Antigua Sailing Week and operates three flights weekly between Antigua and London.