Guadeloupe to Antigua Race – Phaedo^3 Blasts In from Guadeloupe 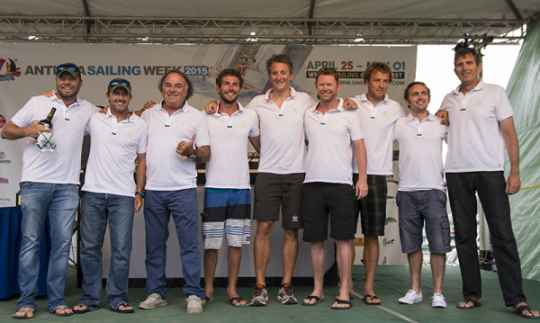 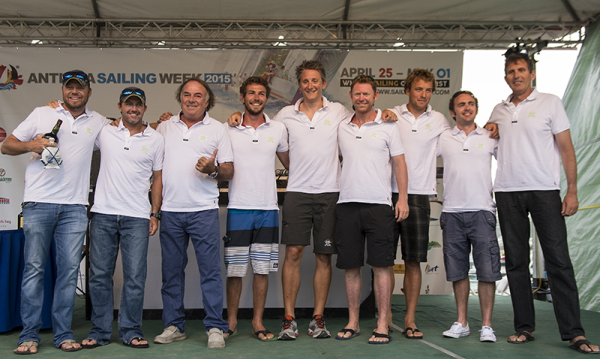 Lloyd Thornburg’s MOD70, Phaedo^3 has smashed the race record for the Guadeloupe to Antigua Race, completing the 42-mile course in 1 hour, 27 minutes, 0 seconds, at an astonishing average speed of 28 knots and a top speed of 34 knots.

Any record that has lasted over 10 years is hard to beat. Back in 2004, the 140 foot Mari Cha IV was a sensational yacht, obliterating the West to East Transatlantic speed record by over two days. In the same year, Mari Cha IV set the Guadeloupe to Antigua Race record in 2 hours, 18 minutes and 42 seconds. Fast forward to 2015 and Lloyd Thornburg’s Phaedo^3 – which is half the size of Mari Cha IV – completed the course at almost double the speed.

“It would be amazing to see a big fleet of multihulls in Antigua. It is a great place to be, probably the best multihull course in the Caribbean for high speed racing,” commented Lloyd Thornburg. “The Guadeloupe Race record has stood for over 10 years, so it is pretty cool to break it, but if Phaedo was competing against other MOD 70s we would have needed to go faster. We only had about 15 knots of true wind for the race, so it was a bit dicey on sail choice; we were often changing sails. The finish was difficult, we were approaching the shore at speed so we didn’t have much room as we bore away doing 30 knots through the finish line. Constant wind, clear blue skies and a fast ride – a fantastic day.”

The CSA Racing Division had a popular winner, Jean Michel Marziou’s Dufour 45 Triskell, was the victor after time correction. Jean Michel is from the Triskell Organisation of Guadeloupe which organises the start of the race and, in conjunction with the Deshaies Tourism Department, a reception in Guadeloupe on the last evening. Eran Gindi’s Finot 73, Runaway Bunny was second and Markus Blaesi’s Swiss team, racing Hanse 470 Wei Mer was third.

All of the winners were presented with a decanter of English Harbour Rum from Antigua Yacht Club Secretary, Claire Cupples. Lloyd Thornburg was delighted to receive the Antigua Legend Trophy marking the race record, donated by Carlo Falcone of Antigua Yacht Club Marina, who won the race 30 years ago.

Racing continues tomorrow, Saturday April 25, with the Pearns Point Round Antigua Race. 43 yachts are entered with the first start for the Bareboat Class at 8 am. The Multihull Class will start 10:30 am and Phaedo^3 will be attempting to break the race record set by Sir Peter Harrison’s Farr 115 Sojana set in 2009 of 4 hours, 37 minutes and 43 seconds. 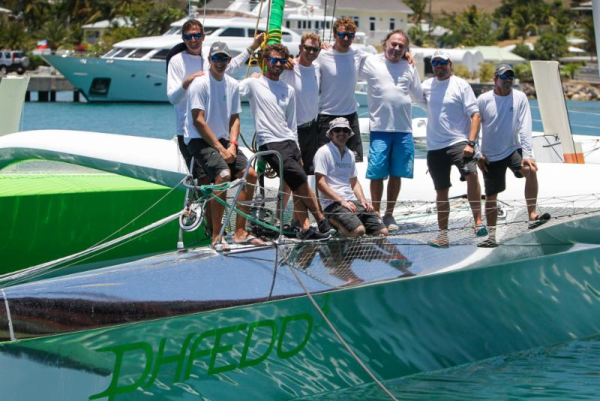