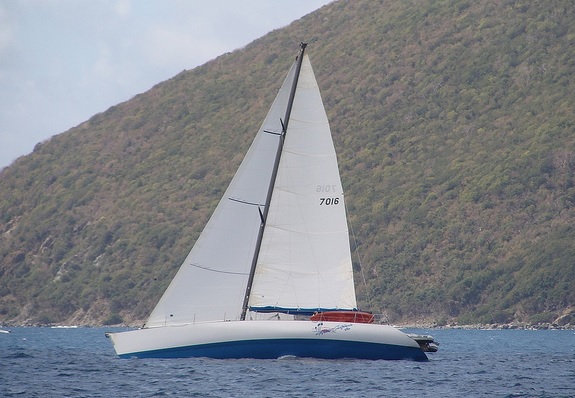 Stephen Schmidt’s Santa Cruz 70, Hotel California Too won the 2013 Guadeloupe to Antigua Race finishing the 42-mile course in just under four and a half hours. “This is the third time we have won. I think I have raced all bar one since 1996 but this is the first time we have won in light airs.

To be honest, I thought that one of the boats behind us would get the win after time correction, so it has come as a bit of a surprise,” Admitted Stephen Schmidt at the prize giving held at Antigua Yacht Club.

Racing continues with the Yachting World Round Antigua Race with the first warning signal at 0800 tomorrow morning.