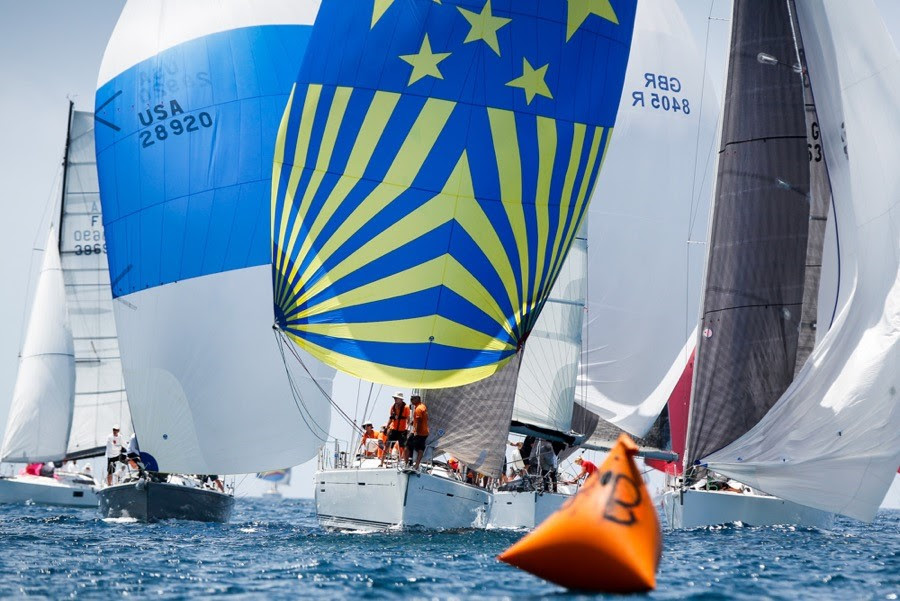 Antigua is without doubt one of the best sailing locations in the world and over 1,000 sailors from 20 countries enjoyed a racing sunsplash on the second day of Antigua Sailing Week. Stormy weather east of Bermuda has sucked some of the power out of the trade winds, but all classes enjoyed well managed racing today. Sailors from at least 16 different countries were on the podium at today’s Johnnie Walker Race Day 2 prize giving, which is a marvellous setting for Antigua Sailing Week’s daily after-party. Cheers to sailors all over the world from the 49th edition of Antigua Sailing Week! 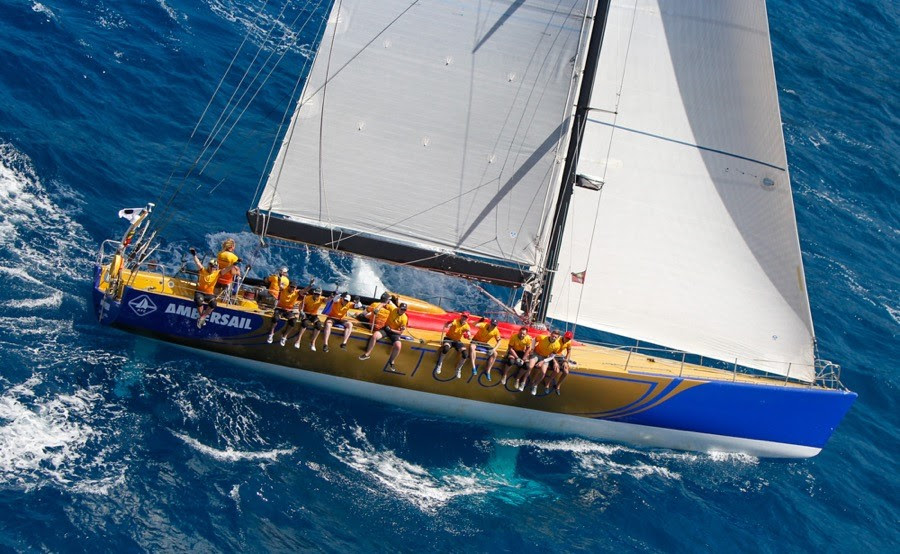 Just a single point separates the top three yachts racing in CSA Racing 1. Linas Ivanauskas isn’t a name that easily rolls off the tongue, unless you are Lithuanian, but this skipper of Volvo 60 Ambersail was leading the class after the second day of racing in CSA Racing 1. After being disqualified for not sailing the proper course on the first day, the Lithuanian team came back to win both of today’s races to lead the class on countback from Russian Maxi Weddel, skippered by Avanasy Isaev. Chris Stanmore-Major’s British Whitbread 60 Challenger is just a point off the lead. Ambersail’s sail number is LUT 1000 as the yacht was launched to commemorate one thousand years of existence for the Baltic country and has sailed twice around the world.

“The secret to today’s performance is that we made few mistakes. Both strategically and technically we kept it simple and we avoided any big mistakes. We are here to tell the world about our sailing heritage, to have a lot of fun and to win!” į sveikatą! (ee-sweh-kata!) – Cheers! in Lithuanian from Linas Ivanauskas, Ambersail.

The Samba party is warming up in CSA 2. Renato Cunha Faria’s Brazilian Dufour 500 Ventaneiro 3 scored a second and a bullet in today’s races to lead the class by three points. S&S 78, Kialoa III skippered by Jorge Madden also scored a bullet and a second today. The famous Maxi is returning to Antigua Sailing Week after 37 years to emulate its last appearance; a win in 1979. Kialoa III is lying in second place after four races. Alan Edwards’ British Swan 65, Spirit is sailing consistently in the light airs and lies third, but will be a force to reckon with when the breeze whips up towards the end of the week. 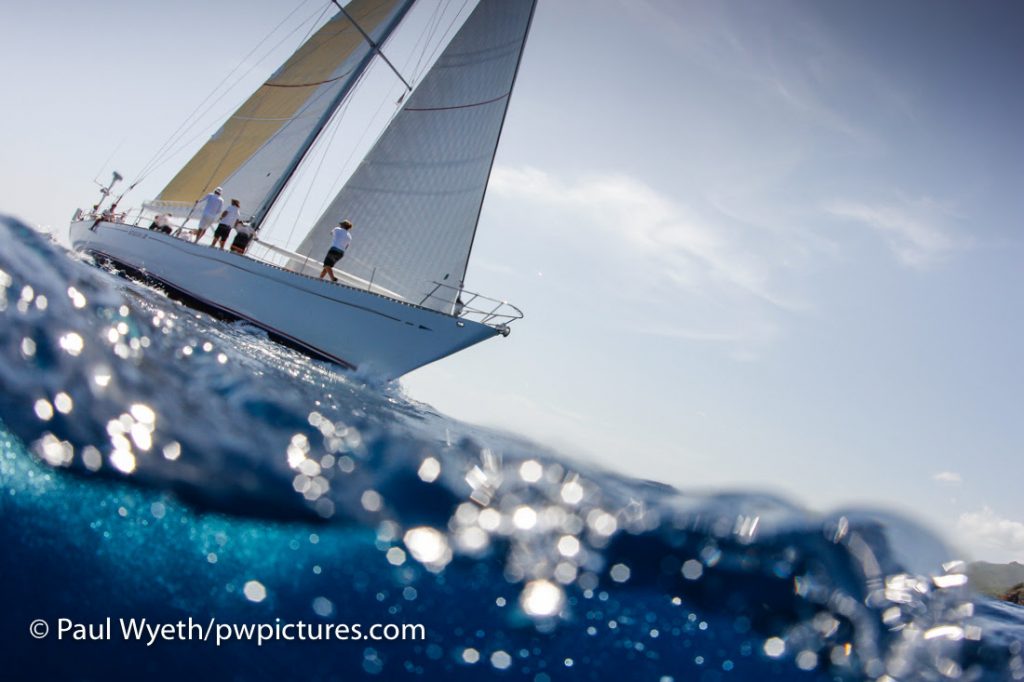 “Today we started well in the first race and the team worked really well together, but in the final race we didn’t start so well and we made some tactical errors and Kialoa won the race by a big margin. So we have a lot of pressure from them as they are very good sailors. We are having a great time in Antigua and are very happy to fly the Brazilian flag!” Viva! saúde! (viva-sah-oo-jay!) – Cheers! in Portuguese from Renato Cunha Faria, Ventaneiro 3.

“We are sailing really well. All of us have sailed together for a long time so we know what to do which really helps, especially at the beginning of the regatta, but there is a long way to go yet. The whole team is from Antigua except one American, but he has been here forever so we count him as one of our own.” Yes Aye! – Cheers! In Antiguan from Gypsy-UGo tactician, Bob Green. 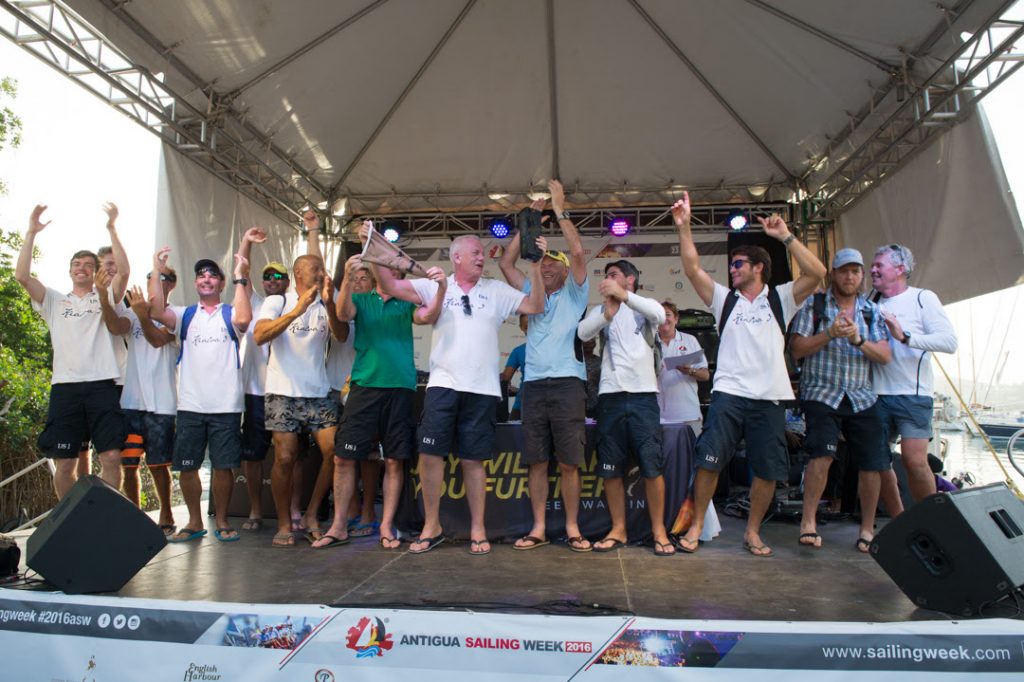 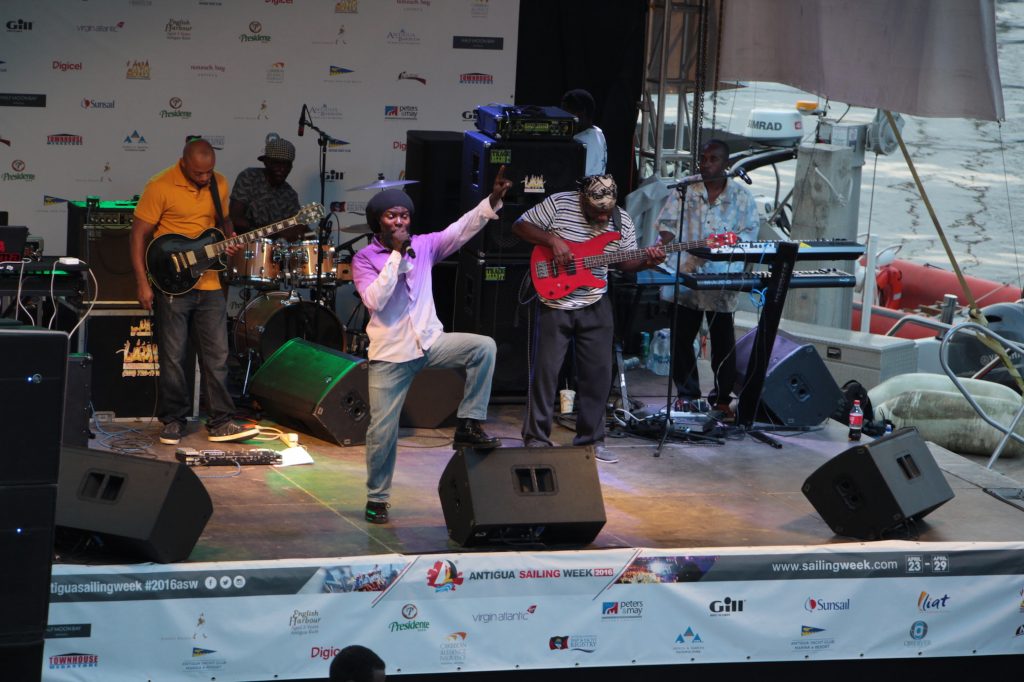 Antigua is a country full of talented musicians; many bars and restaurants play live music. It is also renowned for having a beach for every day of the year, but it has more live music nights! Performing at Antigua Sailing Week tonight is Zambai and Friends and the Johnnie Walker Reggae Vibes Party has DJ Kuma spinning the tunes late into the night.

Racing at Antigua Sailing Week continues tomorrow off the South Coast of Antigua. Full results, videos and pictures at: www.sailingweek.com