Throwing Down the Gauntlet for Antigua Sailing Week 2018 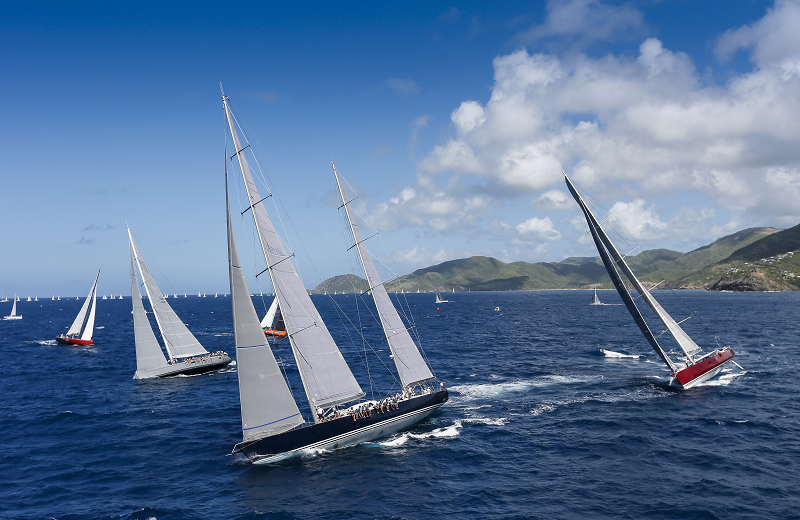 Antigua Sailing Week moves into a new era in 2018 as the start of the next 50 years of racing kicks off from April 28th to May 4th.

In anticipation of a week of professionally managed racing the fleet is shaping up well.  Entered to date are forty-eight boats from 24ft – 115ft including racing, multihull, bareboat and club classes which will take to the big turquoise seas off the south coast of Antigua for a week of exciting competitive racing.

For any event, the importance of returning sailors is critical as testament to its success and for 2018 some of Antigua Sailing Week’s hardy supporters are lining up well against new returnees.

Sir Peter Harrison’s 115-foot ketch Sojana is probably the best known of those. A Lord Nelson Trophy Winner in 2011, the spirit of Team Sojana shines through each year on and off the water. Back after a two-year refit in 2017, Sojana won its class and looks forward to returning for a re-match this year.

Loz Marriot, skipper of Sojana, shared Sir Peter’s enthusiasm for their return in 2018.  “Sir Peter and Sojana have been coming to Antigua for a long time now, a place Sir Peter calls his second home.  He has a great respect and love for the island and has made some very close friends over the years he has been visiting Antigua.  Sojana will be entering Antigua Sailing Week 2018 to firstly, enjoy the warm hospitality of the Island and its people, secondly to compete in a well-oiled and well managed competitive regatta, and finally to defend her record of 4 hours, 37 minutes and 43 seconds in the Peters & May Round Antigua Race, a record we missed breaking by 1 second early this year!  Sir Peter will be celebrating another birthday during Antigua Sailing Week and I’m certain there’s no other place he would rather be for his birthday.”

Oyster yachts are no strangers to Antigua and a number of Oysters have participated and made the podium annually. For 2018 CEO of Oyster, David Tydeman, is looking forward to an increased presence from the fleet. “Oyster has had a long association with Antigua and in recent years our Oyster events in the Caribbean have had diary clashes with Antigua Sailing Week.  I’m delighted that for 2018 we’ve been able to work with ASW and the Royal Bermuda Yacht Club to create an opportunity for Oyster yachts to enjoy their own class in Antigua Sailing Week, then take part in the Antigua Bermuda Race before enjoying the Oyster Regatta in Bermuda 21-26th May.” 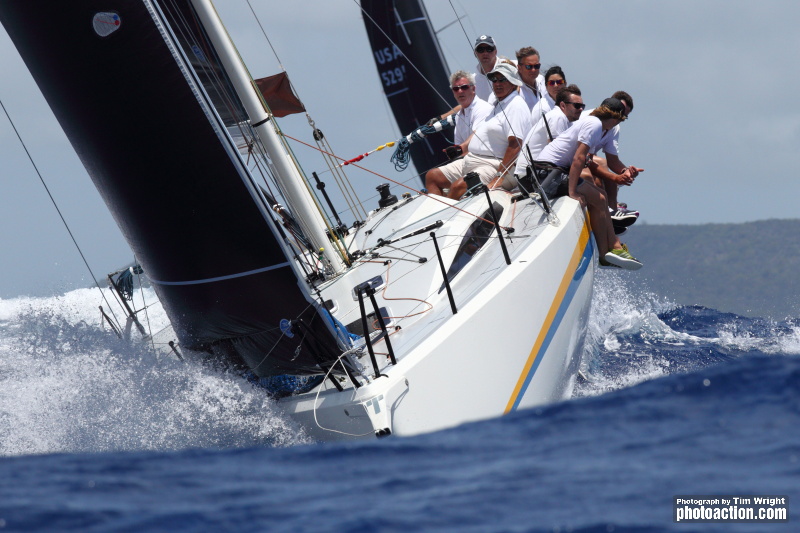 John O’Connor, American owner of CNB 76 Sapphire III will be returning for a second time to Antigua Sailing Week. “We had a wonderful time earlier this year at Antigua Sailing Week.  The regatta is very well organised, the location off the south coast of Antigua provides sparkling sailing conditions, while the hospitality and entertainment ashore were memorable.  See you in 2018!”

Restored 43-year old maxi Kialoa III is both a hardy supporter and a new returnee – as a participant in the 70’s and 80’s; then after a more than a 30-year hiatus a return to ASW in 2016 and again this year.  Roland Pieper, Helmsman on Kialoa III, on behalf of the K3 Foundation which restored the boat said, “After our rather strong performance in 2017 with a yacht from 1974, we were rewarded with a class win (7 bullets – 7 points).” He goes on to throw down the gauntlet. “In 2018 we will come back and will certainly aspire to do better.  Kialoa III can win Antigua Sailing Week overall, and we will be so bold as to make that our target for 2018.” 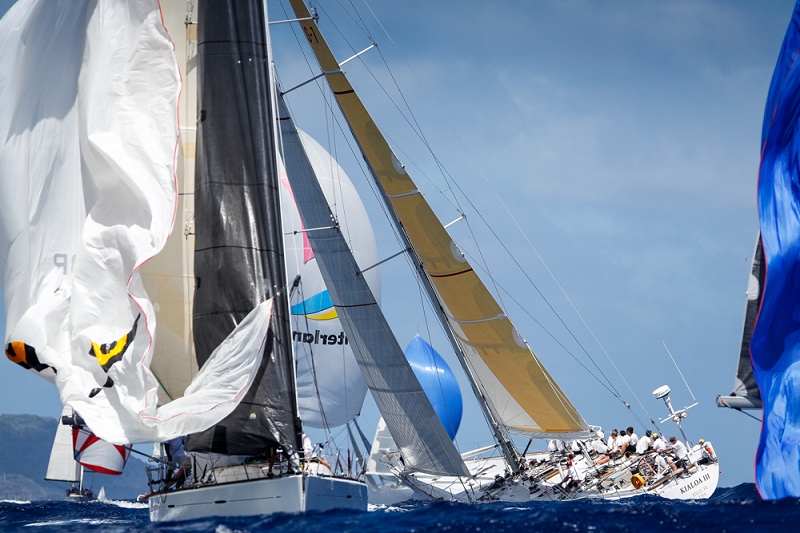 2017 saw a significant increase in the size of the multihull fleet.  New HH-66, R-Six, owned and skippered by Tomasz Januszewski from Poland was one of them. “As winner of the Multihull class in 2017, we were planning to race again and defend the title next year.  Then we received the news of Hurricane Irma with grief and sadness.  We hoped everyone was safe but initially felt our Caribbean 2018 tour might be over. Then an invitation email came from Antigua Sailing Week which restored our good mood for future events.  We will be very glad to take part in the Caribbean sailing circuit in 2018.” 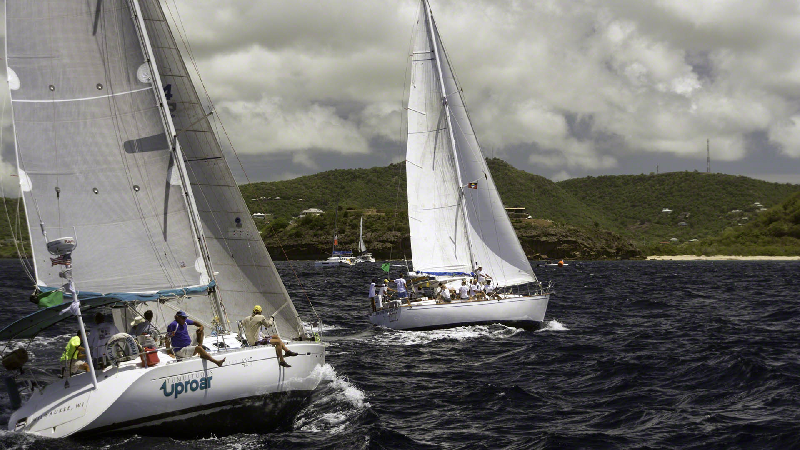 Tumultuous Uproar winner of the Club Class in 2017 © Arnd Wussing

For less serious racers the new Club Class was established in 2017. Aimed at those who want to race with more focus on fun and at a lower cost, the first year saw four entries. Class winner was Russ Whitford’s Tumultuous. Two of last year’s competitors: Grahame Williams, Full Monty and Iain Mellows, L.J. Windward, are back for 2018 along with three new entries to date in what is set to be a fun class on and off the water.

Pay to play charter opportunities are available through official bareboat sponsor Dream Yacht Charter as well as other race charter companies. For shipping into and out of Antigua our official logistics and transport sponsor Peters & May has already confirmed three West to East dates in May 2018.  ASW entrants benefit from a 5% discount on the shipping fee.

The Notice of Race for Antigua Sailing Week 2018 is now available online and can be viewed here:  https://www.sailingweek.com/competitors/race-documents/. 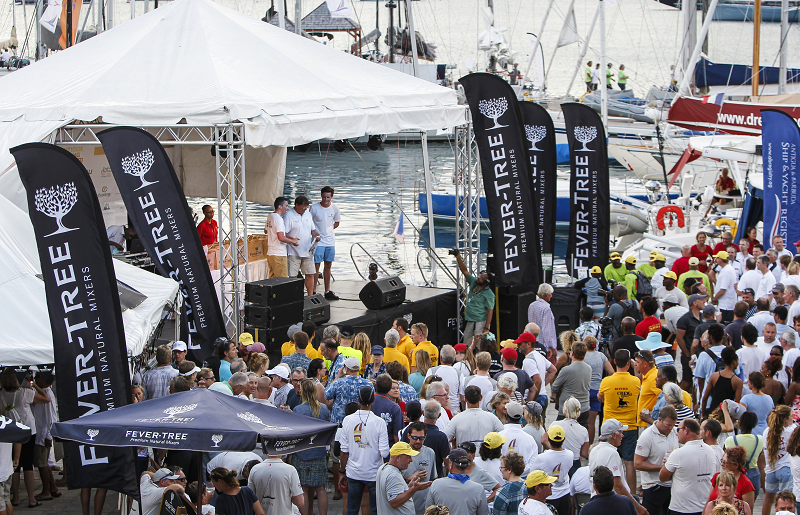