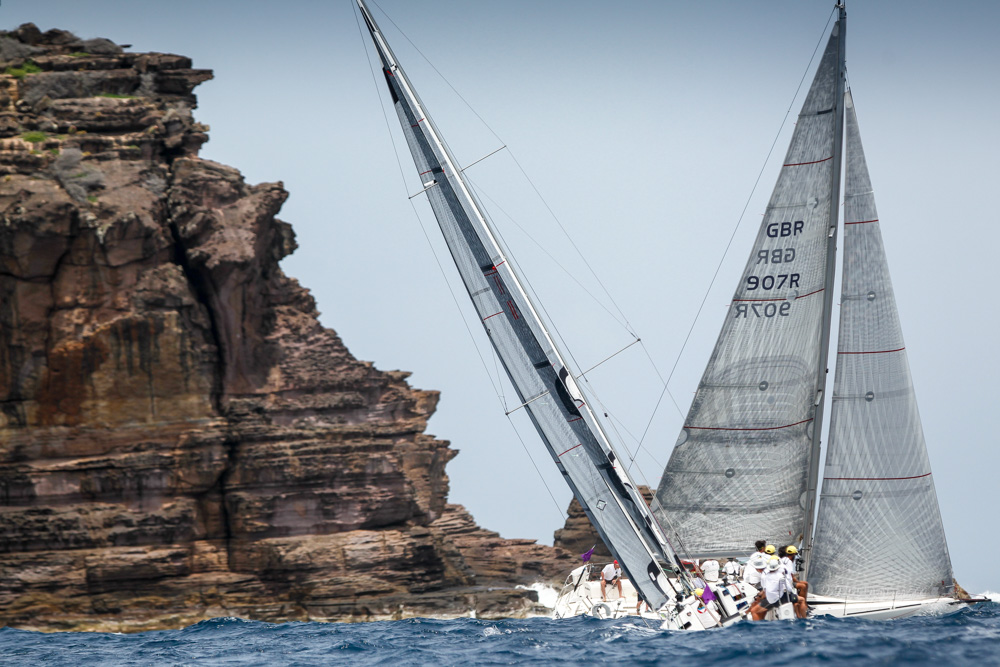 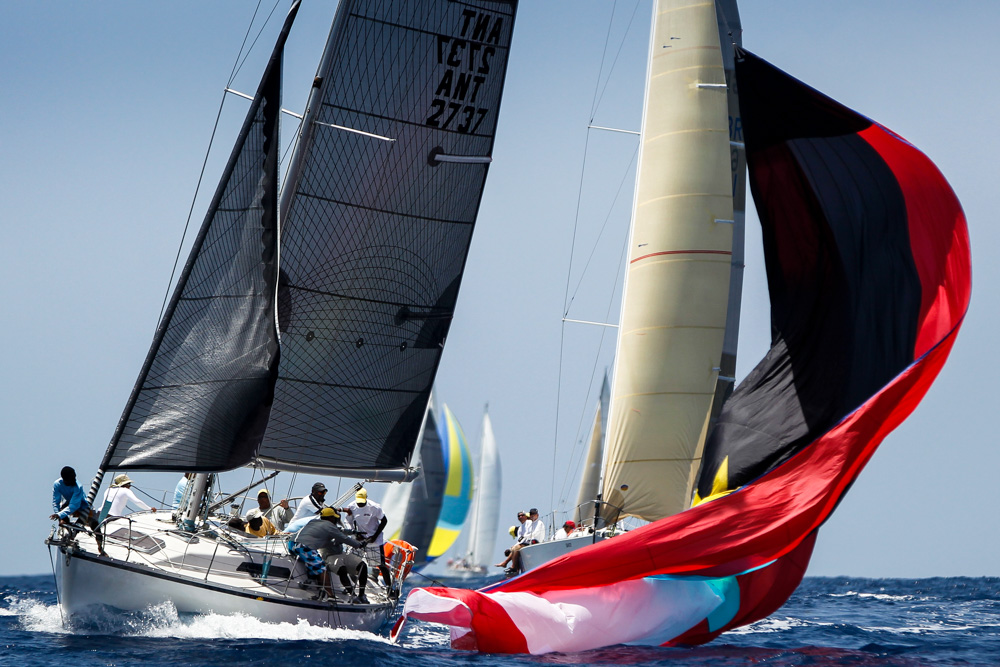 The CSA Racing division enjoyed spectacular windward leeward courses on the south coast of Antigua for the third day of Antigua Sailing Week. The rush to gain the upwind advantage from lifting pressure along the rocky shoreline caused some spectacular pin end punch-ups. Rock hopping upwind past the iconic Pillars of Hercules, the fleet enjoyed classic Antigua Sailing Week racing. The flurry of spinnakers returning to the start area was testing for the crews and the gusty conditions with occasional surfing waves was the key to gaining top placed finishes.

Tony Langley’s TP52, Gladiator still remains unbeaten, but they are not the only team with a perfect score. Chris Body’s J/122 El Ocaso and Sir Hugh Bailey’s CS40 Gypsy-UGo have also been undefeated after three days of racing. 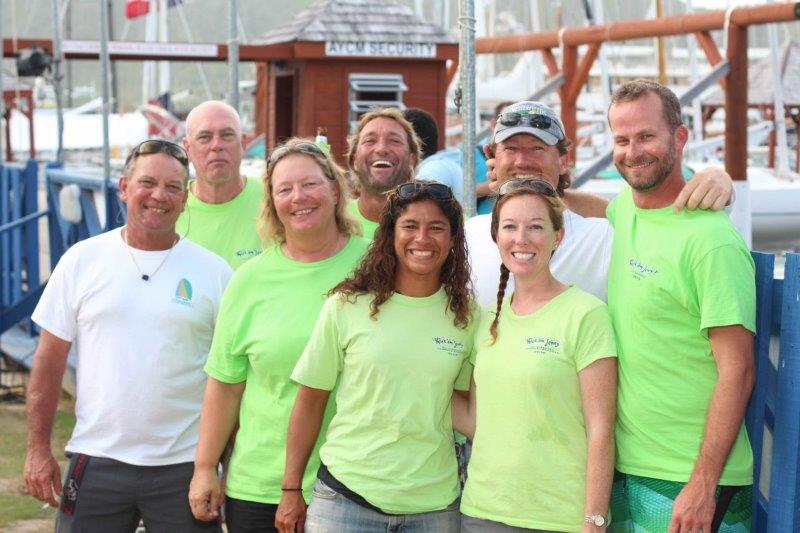 In CSA Racing 1, Linas Ivanauskas’ Lithuanian Volvo 60 Ambersail scored two more bullets and will lead the class by a substantial margin once the discard kicks in for the next race. In CSA 2 there were two ties today highlighting the competitive level of racing. One involved class leader Renato Cunha Faria’s Brazilian Dufour 500 Ventaneiro 3, but it was for their worst result so far; joint fifth. Ventaneiro 3 still leads the class, but only by half a point from Jorge Madden’s S&S 78 Kialoa III which scored a win and a second today. A new leader has emerged in CSA Racing 4. Overnight leader, Mark Chapman’s Ker 37 Dingo failed to get on the podium in each of today’s races and slips to second and only on countback from Ian Hope-Ross’ St. Maarten Melges 32, Kick ‘em Jenny II. The new CSA 4 Class leader is Jim Hightower’s Texan King 40, Hot Ticket, which won both of today’s races. In CSA 6, Ross Applebey’s Oyster 48, Scarlet Oyster also won both of today’s races to lead the class by three points.

The Bareboat fleet and CSA 7 were racing in the more sheltered location of Rendezvous Bay. Racing in the Bareboat classes is extremely close with all yachts in each class capable of similar speeds and the performance of the crew determines the winning teams. Many of the teams have been coming to Antigua Sailing Week for decades and there is a festival atmosphere amongst the sailors in bareboat class who come from over 10 different countries from all over the world. 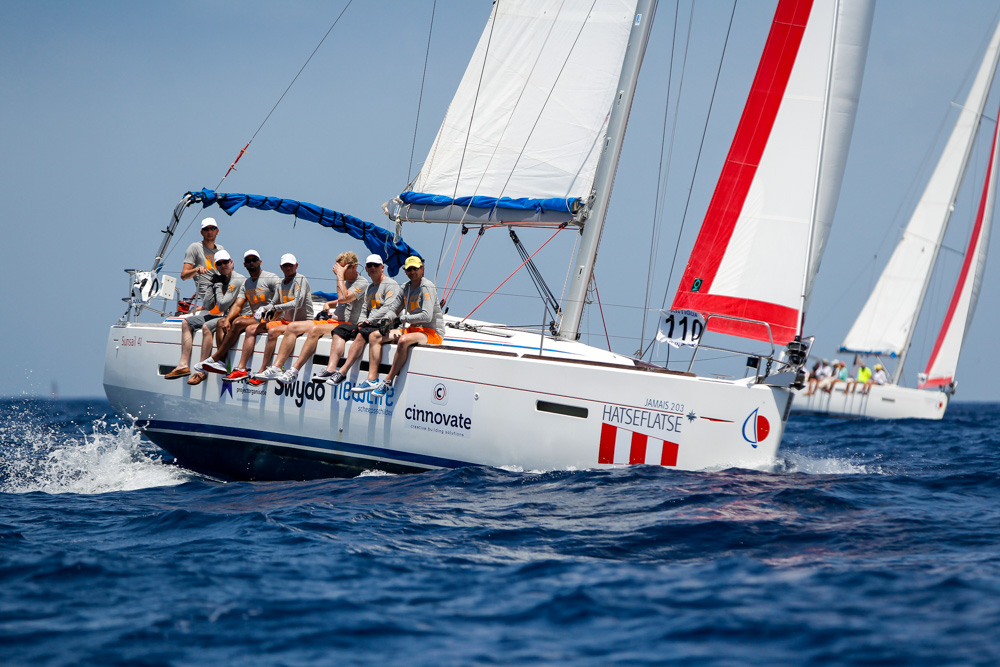 Mario Bakker’s Hatse Flatse team are leading Bareboat 4. “The team sails at home all the time in Almere, Netherlands and we take part in the North Sea Regatta and the Almere Regatta with my own boat. I promised myself that every three years I’d sail in one of the best places in the world. This is the first time I have come to Antigua Sailing Week and compared to others, this is much more serious sailing and the class is not filled with commercial boats. At Antigua Sailing Week you get close sailing on the water but everybody knows the rules, which is really good especially at the starts. We will be going to the big concert and party tonight. We love to sail, but also love to party.”

In Bareboat 3, from the Yacht Club Argentino, the Carmelo Sailing Team – Tintamarre is led by skipper Juan Pablo Fregonese. “We all originate from Buenos Aires in Argentina and four of us have sailed together since we were children, and four others went abroad. We picked Antigua Sailing Week as the place for all of us to get together and sail again, and we come every year.” 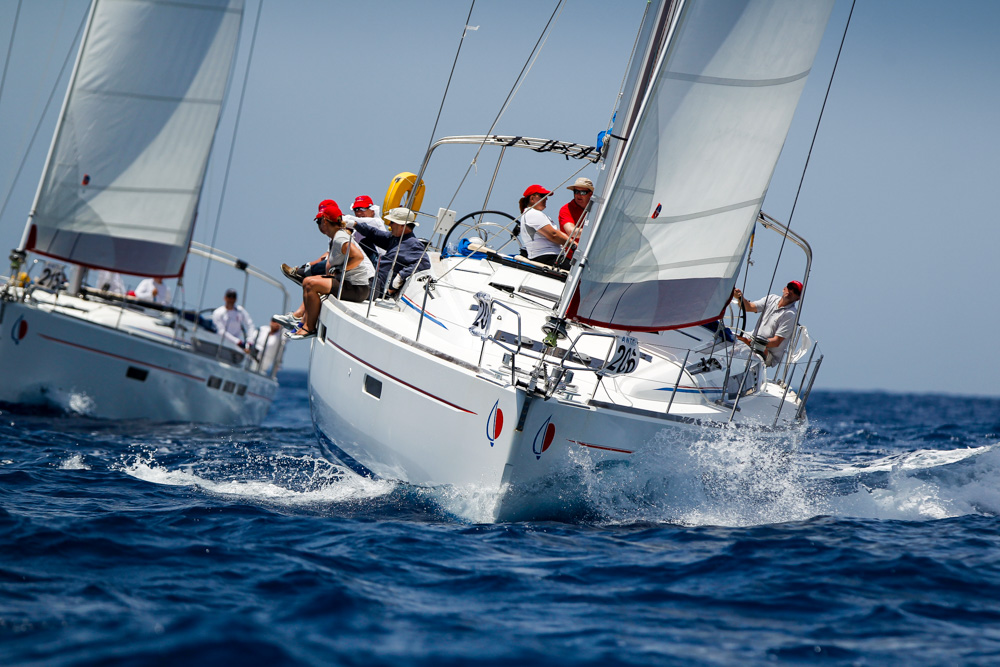 In Bareboat 2, Thomas Mueller’s See You Later is leading by only by two points from Herbert Muenzel’s team racing KH+P Cayenne, who have been coming to Antigua Sailing week for over 30 years. In Bareboat 1, Hans-Robert Nitsche’s German team racing KH+P Bavastro leads from Xeres, skippered by Craig Sutherland with a team from the Royal Cape Yacht Club, South Africa.

Tonight is the big party night at Antigua Sailing Week and Jamaican roots reggae sensation Luciano will be the headline act on the main stage in Nelson’s Dockyard. The Johnnie Walker Your World & Mine Concert will also feature home grown Antiguan talent: Soca Diva, Claudette Peters and R&B and Soca star Tian Winter with Cheeze Kake Factory and M & M Music. Wednesday, 27 April is the Presidente Lay Day Beach Party featuring the Nonsuch Bay RS Elite Challenge. With no formal racing tomorrow, thousands of Antiguans, sailors and visitors are expected to party long into the night.

Racing at Antigua Sailing Week continues Thursday, 28th April off the South Coast of Antigua and full on conditions are forecast. Full results, videos and pictures at: www.sailingweek.com