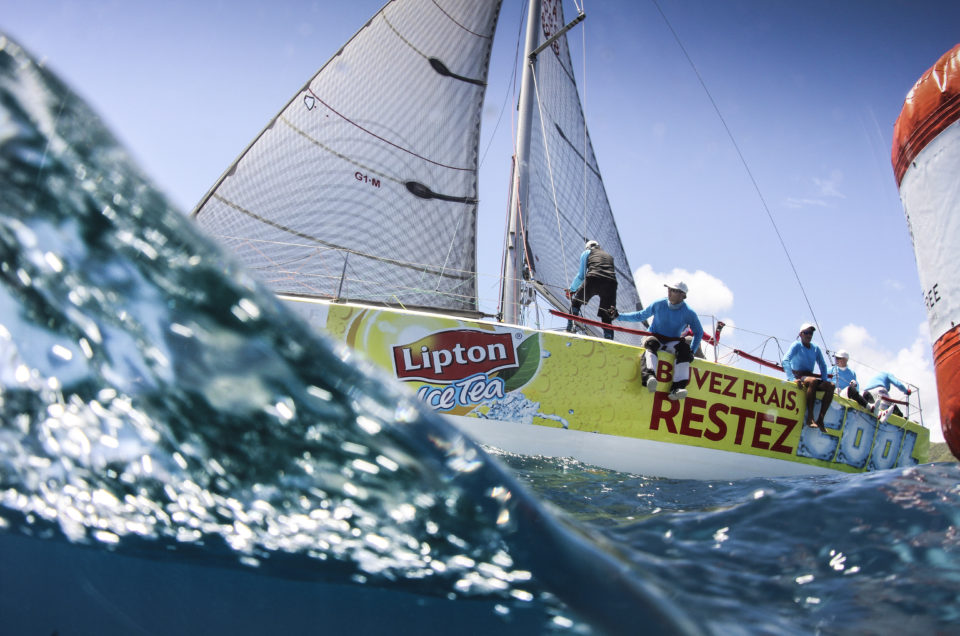 Johnnie Walker Race Day marked the penultimate day of racing at Antigua Sailing Week. After thunder and lightning, ominous skies and squally conditions were forecast for the morning, racing was postponed for two hours before the international fleet of well over 100 teams set out for racing. Across the 13 classes competing, leaders are emerging, and with the likelihood of just one race tomorrow, several classes are all but decided. Peter Harrison’s British superyacht Sojana and Jonty and Vicky Layfield’s Antiguan Swan 48 Sleeper X, remain unbeaten.

In the Multihull Class, Robert Szustkowski’s Polish HH66 R-SIX has been on impressive form, scoring three bullets and taking line honours in every race. Besides racing one of the world’s fastest ocean-going multihulls, Robert also enjoys motor racing and has taken part in multiple Trans-Siberian and Paris-Dakar Rallies. Robert Szustkowski, founder of the Orimari R-Six Foundation has kindly donated laptop computers and IT department equipment to Cobbs Cross Primary school in Antigua as a show of his appreciation to Antigua Sailing Week.

“We love fast and extreme conditions,” commented Szustkowski. “Half of the team at Antigua Sailing Week are from motor sport and the others are top sailors, but we all love adrenalin. In R-SIX, 25 knots is a little bit scary and this week has been even more thrilling than the rallies! We are back for the second year because the weather is great and there are nice people at the regatta and all over Antigua.” 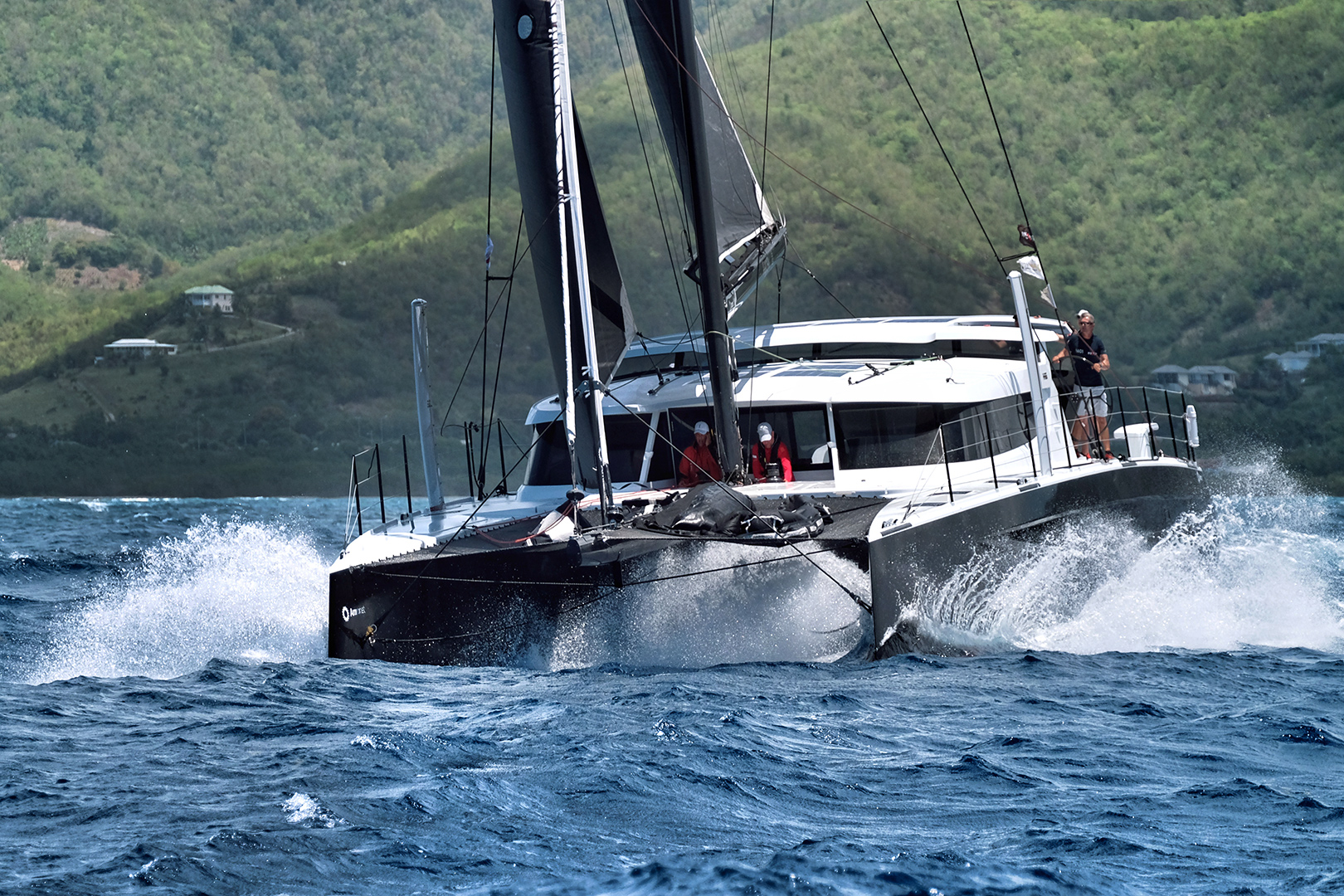 “It’s been very competitive; the competition is very talented and we have to work hard to stay near the front,” said Mike Cannon from KHS&S Contractors. “We will not be doing anything different tomorrow, we will just try not to make any mistakes and be competitive. We are very happy to be back for a second year and I love this island. Also the professionalism of the Race Committee and how the regatta is organised makes it one of the best in the world, and I am sure we will be coming back for many years.” 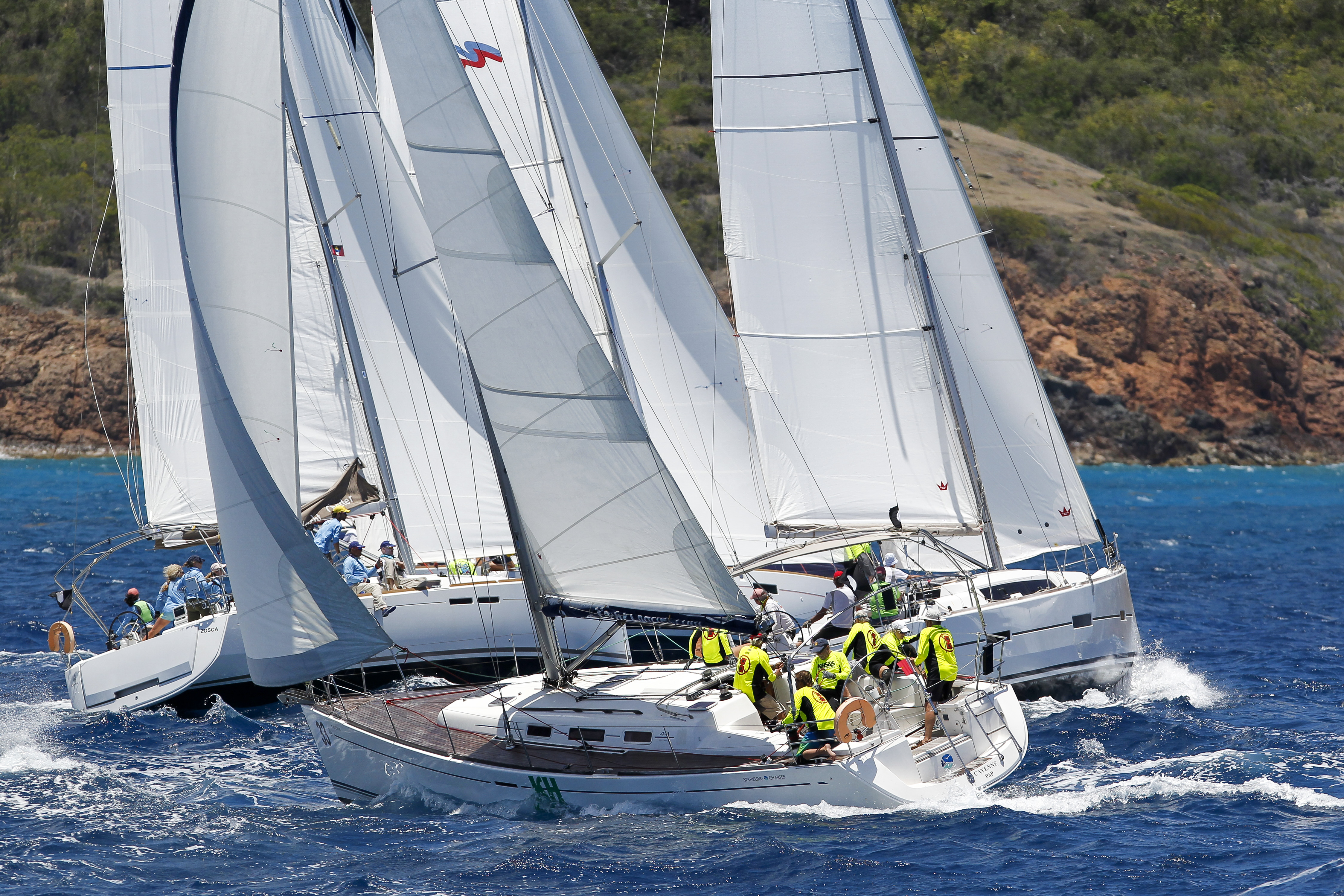 The turbo-charged American Volvo 70 Warrior, sailed by Stephen Murray Jr, has all but won CSA 1, after scoring their fifth bullet today. OnDeck’s Antiguan Farr 65 Spirit of Juno, has all but wrapped up CSA 3.

“I couldn’t ask for better people on Spirit of Juno,” commented Chapman. “We are having a great time and we have picked up a lot of prizes already, including a bottle of Johnnie Walker Black Label today. We don’t have to push hard tomorrow as the class is fairly set as it is, but we will still be going for it tomorrow.”

The National Sailing Academy’s Cork 1720 Spirit, skippered by teenager Jules Mitchell looks unstoppable in CSA 7, after scoring their fifth bullet of the regatta. However, the biggest cheer at the daily prize giving was reserved for another teenage team. The Greig City Academy from North London, racing the National Sailing Academy’s Cork 1720 Valiant, skippered by Seun Williams was second today and received a massive welcome to the stage in Nelson’s Dockyard. 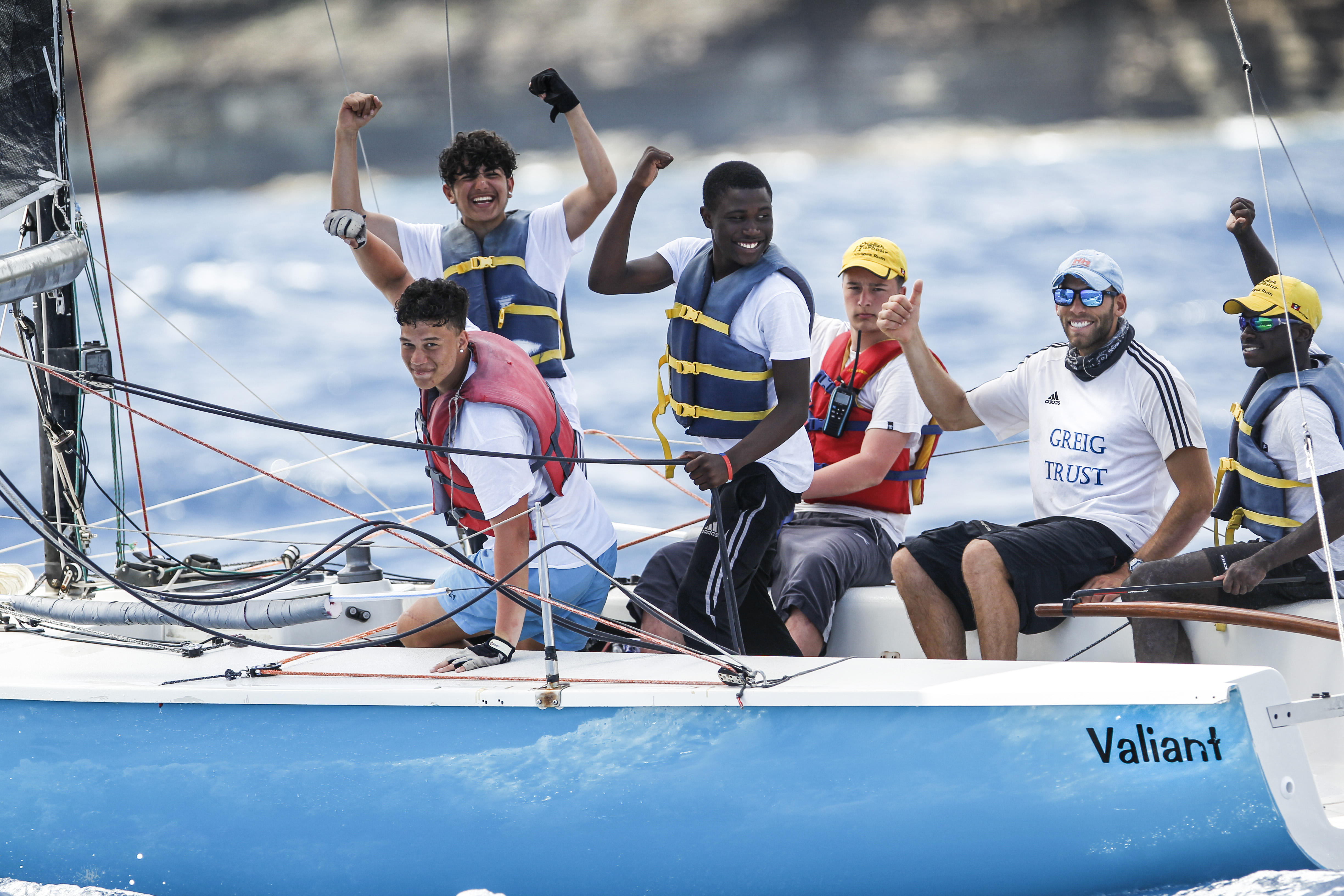 Celebrating a place on the podium! 2nd place in the Johnnie Walker Race Day for youth sailors from the Greig City Academy, London © Paul Wyeth/pwpictures.com

Robbie Ferron, racing the modified Six Meter Biwi Magic, scored his third bullet today to take the lead in CSA 8 by a single point from Geoffrey Pidduck’s Bavaria 44 Minerva. In the Club Class, Grahame Williams, Commodore of the Jolly Harbour Yacht Club, racing Bavaria 42 Full Monty has scored three race wins, but a retirement in the first race of the regatta has pegged back the team into second place. Jonathan Constantine’s Feeling 39, Imagine Of Falmouth leads by a single point going into tomorrow’s decider.

The Johnnie Walker Race Day Prize Giving was held in Nelson’s Dockyard following racing and Amy and Layla, collectively known as the Marshians played into the evening on the main stage, with the Copper and Lumber Store historic Inn providing fine dining in the form of Seafood Thursday. Tomorrow, Friday 4th of May will be the last day of racing at the 51st Antigua Sailing Week. 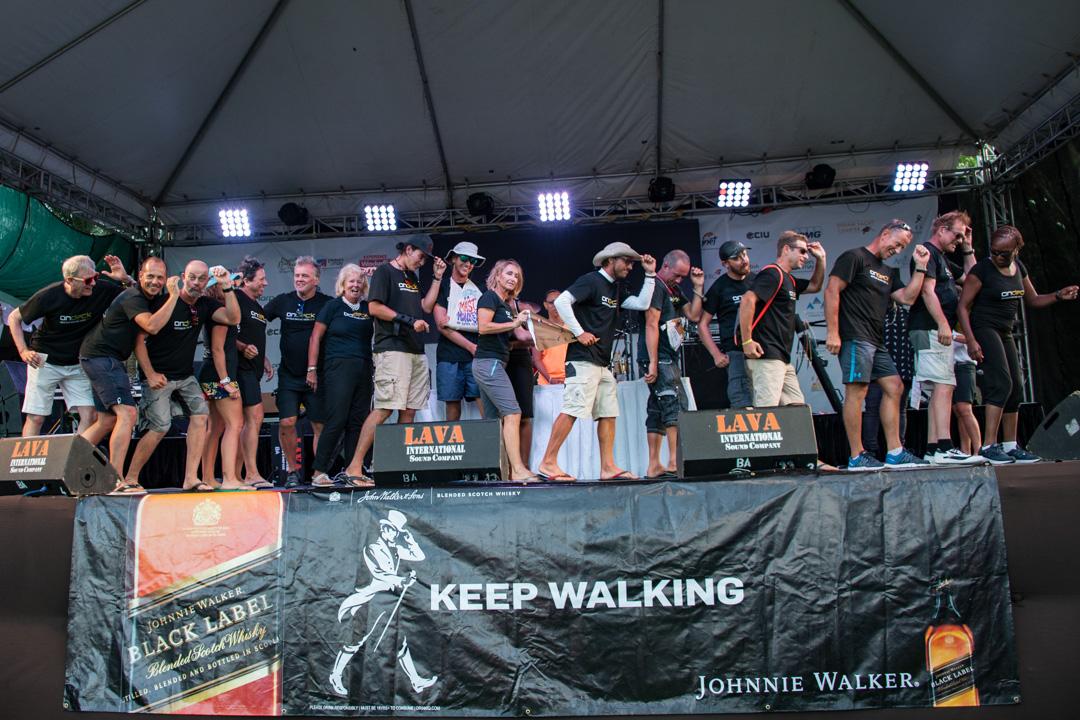 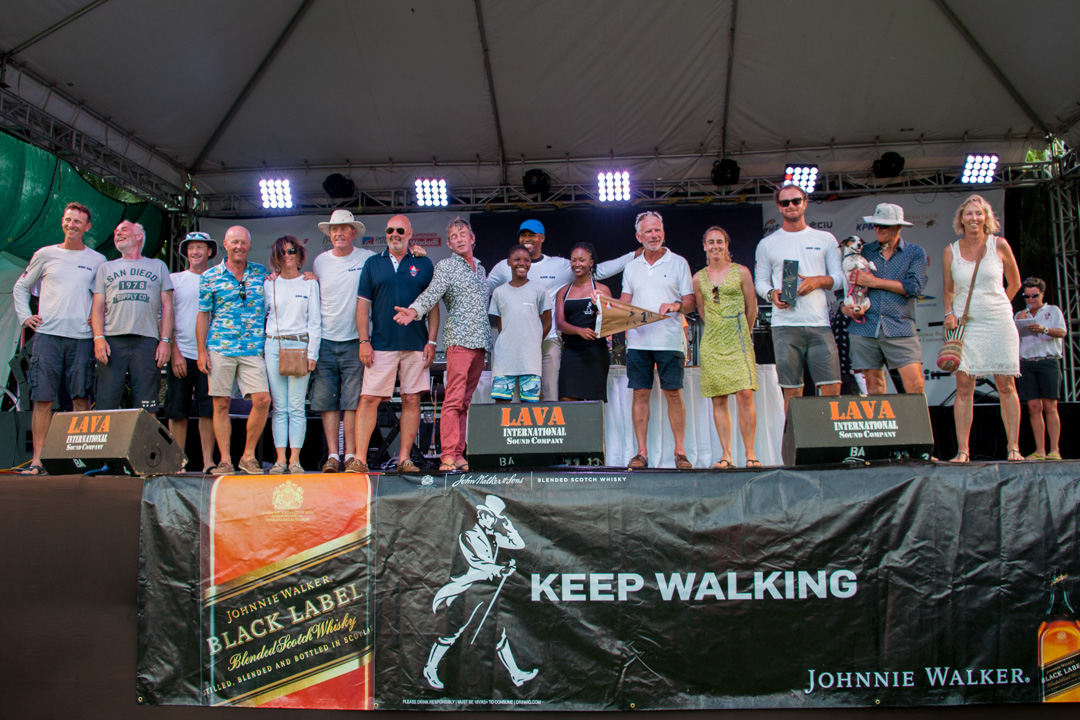