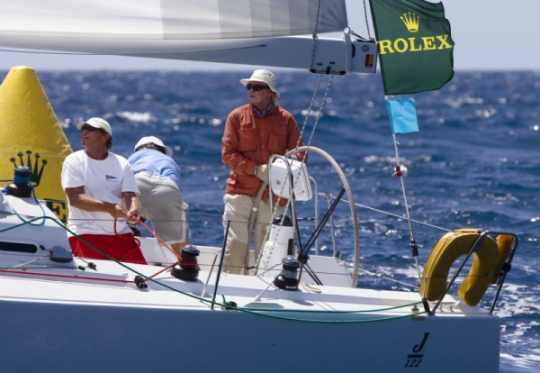 It is with great sadness that we advise you of the passing of one of the Caribbean’s great sailors, James Dobbs.  James passed away at home in Mallorca on Friday, September 4.  We share an article about James and his partner Nicola Pears and their adventures racing their boats, all named Lost Horizon, throughout the eastern Caribbean over more than 30 years.  James was an exceptionally talented sailor and one of the most winning racing sailors the Caribbean has seen.  He won the CSA Travellers’ Trophy so many times that he was ruled ineligible to win it again.  Aside from their passion for racing, James and Nic loved cruising and crossed the Atlantic ocean two-handed more than 30 times – every year they would sail to the Caribbean in the autumn and return to the UK/Europe in the spring.  In early 2014 James sold the last Lost Horizon – a J122 – gave his Rival 41 to his nephew, and he and Nic settled ashore in Mallorca after more than 30 years living and racing at sea.  To read the article (originally published in the 2012 Antigua Sailing Week Magazine) about James and Nic and their many beloved boats named Lost Horizon, click here.