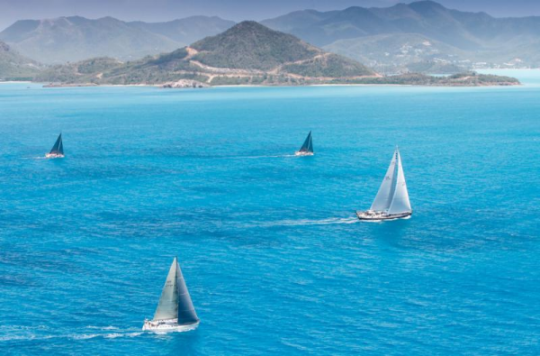 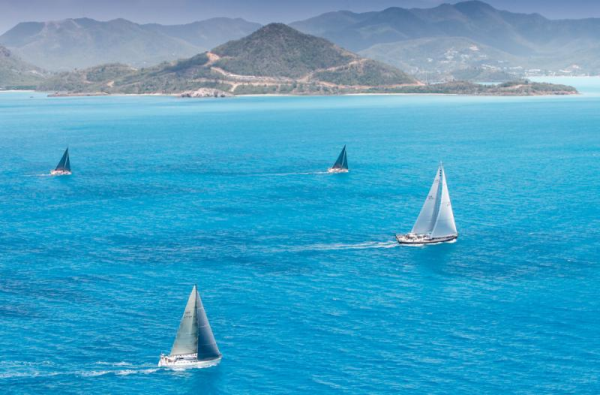 With clear blue skies and tropical heat, the Pearns Point Round Antigua Race was a gentle introduction for close to 40 international teams, racing 52 nautical miles around Antigua. The relatively light wind of 12-15 knots conspired to create a slow race, but the weather was absolutely fantastic and the race was an ideal way to tune up for Antigua Sailing Week, which starts tomorrow, Sunday April 26.

The glorious mild weather did not stop Lloyd Thornburg’s MOD70, Phaedo^3 setting a new record for the Pearns Point Round Antigua Race of 3hr, 26mins, 09 secs, raising the bar by over an hour. Jean-Paul Riviere’s Dolphin 100, Nomad IV with a Russian/French crew was the first monohull to complete the course and was declared the winner of the Yachting World Trophy.

Phaedo^3′s tactician, Brian Thompson puts into basic terms the reason for Phaedo^3′s phenomenal speed, even in light winds: “The simple fact is that Phaedo^3 has a very high power to weight ratio. The boat only weighs seven tonnes and the hulls have very low drag, plus only two of them are in the water at any time. Sojana, which held the previous record, probably weighs more than 60 tonnes and the hull shape has a lot more drag. Phaedo^3 can harness whatever wind there is and turn it into boat speed which is nearly twice as fast as the wind.”

“We raced here last year on another boat and decided to return, but with Humilidad Zero,” commented Daniel Figueirido. “We have come all the way from Buenos Aires and this is a great start, but we have a regatta to win!”

“None of us sailed perfectly today but we had a great battle,” beamed Bill Blain at the prizegiving. “We had a spinnaker wrap which cost us, but we got ourselves back with some good positioning. We know all about Apollo 7 and know how well that team sails and it was great to mix it with the Texan team on Hot Ticket. We had a good laugh with them afterwards and they know exactly what they are doing on the water.”

In CSA Racing 3, First 40.7 Profile Logic, from the Sailing Logic race training school in Hamble UK scored a memorable victory, beating Carlo Falcone’s Caccia alla Volpe to the line and also took the win on corrected time. It was a family affair on Caccia alla Volpe as Carlo was racing with his wife Paolo and their 14 year old son, Rocco. Peter Hopps Sigma 38, Sam of Hamble was third. In the Bareboat Class, Mario Bacchelli’s Argentinian team racing Sapphire Dancer was the winner, whilst in the Multihull Fun Class, the winner was Canter de Jager’s Trimaran, Contour 34, Rebel.

The prizegiving for the Pearns Point Round Antigua Race took place in Nelson’s Dockyard. It was all standing for the National Anthem of Antigua played by panist C.C. Cochrane. Commercial Director of Antigua Sailing Week, Alison Sly-Adams opened proceedings, introducing the honoured guests: The Honourable Asot Michael, Minister of Tourism, Economic Development, Investment and Energy; The Honourable Chet Greene, Ministry Representative for our area and the Minister of Sports , Trade and Commerce; Chairman of the Antigua and Barbuda Tourism Authority Rohan Hector; Chairman of the National Parks Authority Mr Gardiner; Sir Peter Harrison and Sir Richard Matthews. The Honourable Asot Michael gave a rousing speech about the importance of Antigua Sailing Week and welcomed all of the competitors, wishing them a wonderful experience and great sailing.

At a ceremony held at Pearns Point earlier today, Albert Hartog, Chairman of Orange Limited and newly appointed Honorary Consul to the Netherlands commented: “ I am proud and honoured to announce that we have found such a partner in The Setal Hotel and Resort, part of the GHM Hotel Group. The GHM group has an impressive track record especially in Miami, where the brothers Johnathan and Michael Breene built an incredibly successful unique and stylish resort – The Setal, in the heart of the Miami Beach Area. The Setal matches Pearns Point in every aspect with the ceremonial signing of the contrast between The Setal and Orange Limited.”

For full results go to: http://www.yachtscoring.com/event_results_detail.cfm?Race_Number=1&eID=1245 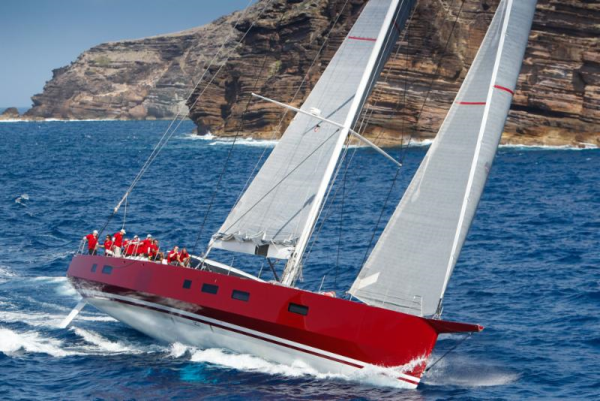 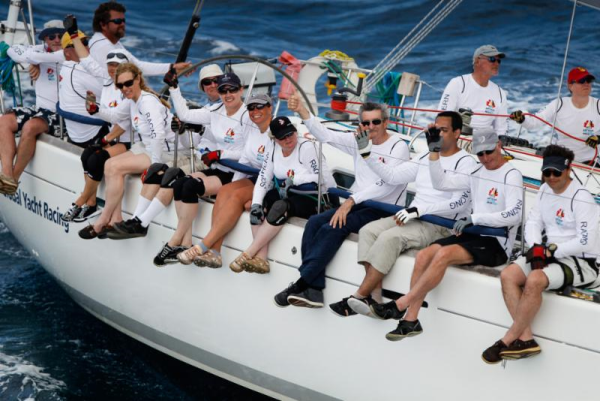 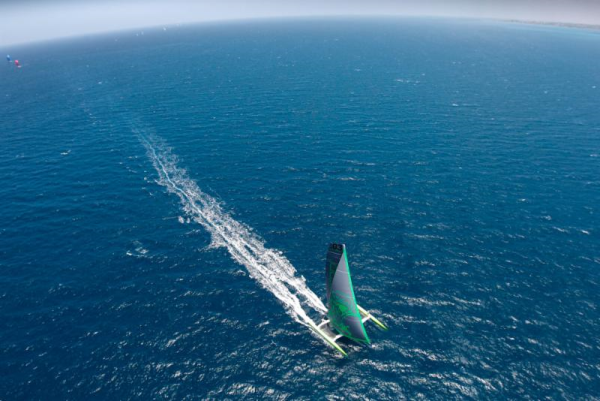 Phaedo^3 – another record under their belt in the Pearns Point Round Antigua Race © Paul Wyeth pwpictures.com 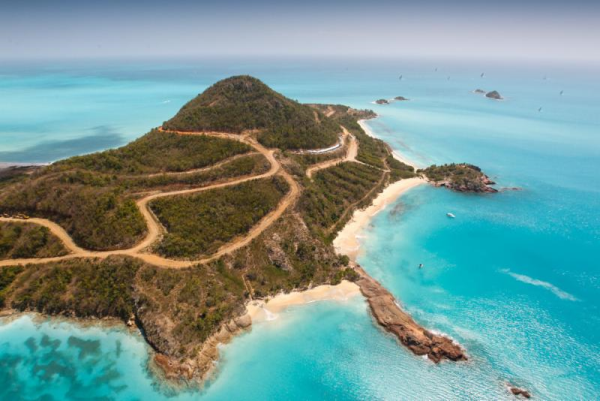