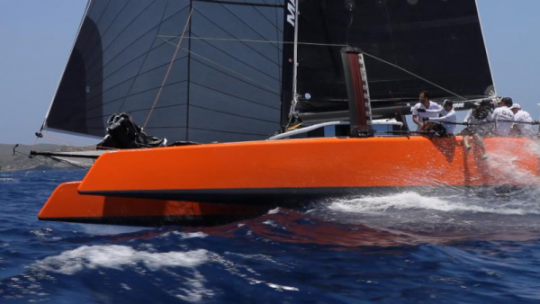 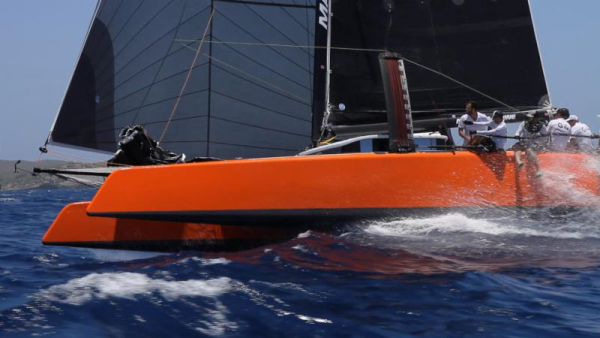 Antigua Sailing Week may be the oldest regatta in the Caribbean but there was nothing old school about Timbalero III. Eduardo Perez’s foiling G4 Gunboat was ripping up the race course today, literally flying at close to 30 knots of boat speed. In ocean conditions off the south coast of Antigua, the crew lit her up screaming down the ocean surf. Chris & Carolyn Groobey’s Gunboat 55, Toccata was just as impressive, but for different reasons. Toccata is fully fitted out with all the mod-cons but still capable of double digit boat speed. The new Multihull CSA rating system coped very well with these two polar-opposite speed machines; Timbalero III won the first encounter after time correction but only by two minutes.

“Sailing on the G4 is something really unique – a new technology with new dimensions,” smiled Eduardo Perez. “We don’t foil upwind, yet downwind and reaching we are foiling. The conditions today were excellent; there was enough wind to foil and the boat performed very well upwind. We have to work a lot with the dagger boards which are very strong and well designed. Still, we are just learning here but we are smiling a lot while we are doing it. I am a Caribbean boy, I am from Cuba!”

Without doubt the photo-finish of the day was in CSA 2; just four seconds decided the winner. Daniel Figueirido’s Argentinian Soto 53, Humildad Zero took line honours by some margin and waited nervously as the rest of the fleet honed in on the finish line. Twenty minutes passed before the smallest yacht in the class crossed the finish line, snatching victory by a hair’s breadth. Nigel Passmore’s J/133, Apollo 7 won the first race of the regatta with Humildad Zero second and Sir Richard Matthews’, Grand Soleil 56, Shine placing third.

“That was the perfect start to the regatta,” commented Nigel Passmore, skipper of Apollo 7. “The lads shook off the jet-lag and got used to the heat in the Pearns Point Round Antigua Race yesterday and today we really concentrated on three things: boat speed, boat speed and boat speed. We are the baby boat in the fleet, so we concentrated on getting away well and then driving the boat using every wave and every gust. It has always been my dream to come here and after racing across in the RORC Transatlantic Race, it was the obvious decision to return for Antigua Sailing Week. The regatta has so much history and you can see by the number of boats from the UK, there is a big connection. This one is definitely on the tick-list.”

One of the most competitive starts of the day was in CSA 5. Carlo Falcone has been racing in Antigua for over 30 years and nailed the line in his legendary one-off, Caccia alla Volpe, heading straight for Freemans Bay for lifting pressure. Ross Applebey’s Oyster 48, Scarlet Oyster and Christian Reynolds’ Swan 51, Northern Child both crossed the line together – the two heavy displacement yachts’ bows crashing to windward less than a few feet apart. Caccia alla Volpe hugged the rocky coastline all the way to Shirley Heights and with the waves crashing back off the rocks the boat benefited from the bounce-back, pushing them up the shore.

As the sea state and the breeze built, the conditions suited the heavier yachts. Scarlet Oyster won the race with Northern Child taking second. Andy Middleton’s First 47.7, Global Yacht Racing/EH01 was third. “Northern Child was flying today. We could have pushed them into the pin at the start but we are good friends,” commented Ross Applebey. “We would have probably gone all the way to the cliffs but we were getting dirty air off Northern Child so we had to tack or we would have been buried otherwise and that was down to Northern Child being a little bit quicker. Scarlet Oyster has not won here before and we can see a real tussle developing and I wouldn’t discount EH01 who had great speed after a poor start. I wouldn’t discount Caccia alla Volpe either. There are probably six boats in our class that can win this – it is a cracking class.”

It was a glorious day for Antigua in CSA 8, with the top six yachts all from Antigua. Jonty Layfield will be grinning from ear to ear after winning the home fixture in CS40, Sleeper/Ugo. Stephen Carson’s Hightide was second, with Sandy Mair’s First 35, Cricket taking the last podium spot. Geoffrey Pidduck’s proven winner, Biwi Magic was back in fourth with Sir Hugh Bailey’s Serendipity 43, Oh-Go taking fifth. Tanner Jones’ J/30, Blue Peter finished off the Antiguan six-pack.

“Sir Hugh Bailey very kindly lent me borrow Ugo – he is a wonderful man,” commented Jonty Layfield. “The racing today was fantastic, very enjoyable with lovely conditions and as always there was a bit of banter afterwards at the prize giving. This is the first time we have sailed her but I think our upwind speed was surprising; really impressive for a big heavy cruising boat. We really got her in the groove today.”

Racing continues tomorrow with the potential for two races for all classes starting at 10 am. Meanwhile tonight the first ever Beer Festival will take place at the Nelson’s Dockyard with cold beers from around the Caribbean and the USA including Presidente from the Dominican Republic, Kubuli from Dominica, Hairoun from St Vincent, Budweiser from the USA and of course Wadadli from right here in Antigua. Live Music from 1761°, Claudette Peters & Taxik and DJ Stiffler will get the feet tapping and these magic musicians do not play to an empty dance floor! 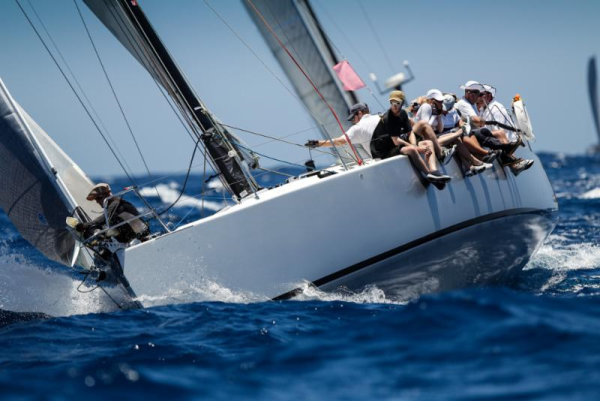 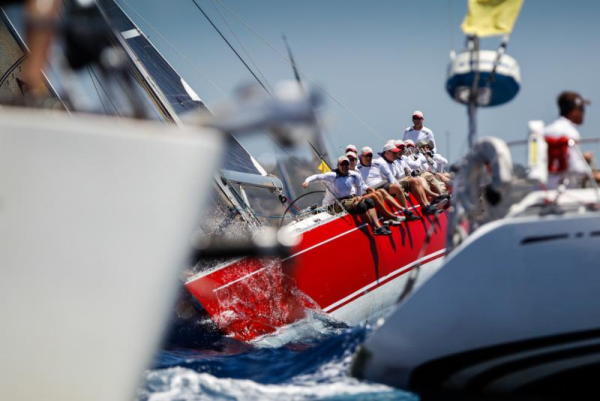 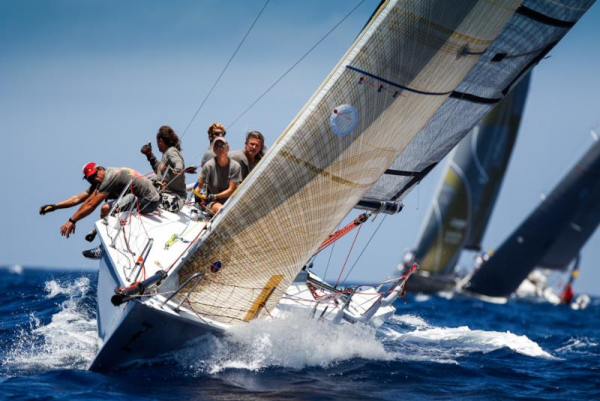 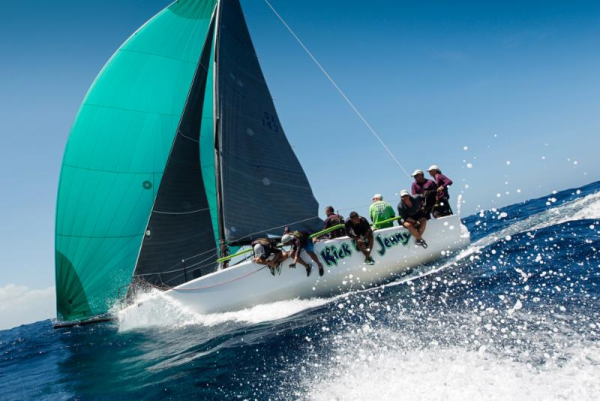 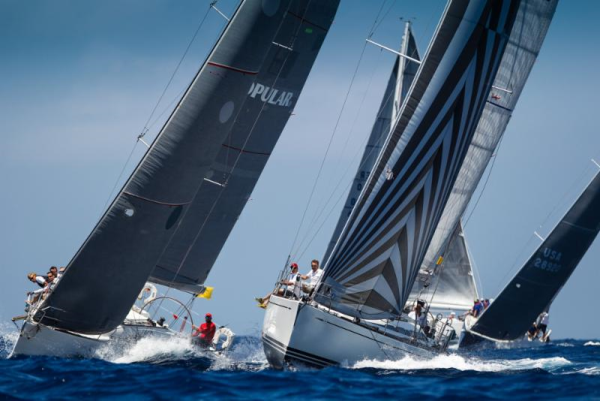