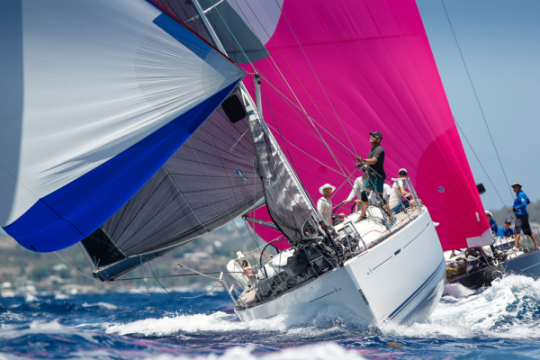 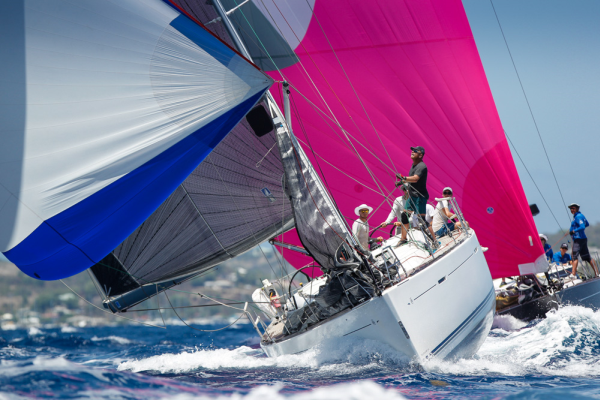 With just one race to go tomorrow, several class winners have now been decided at Antigua Sailing Week. Two yachts in particular have emerged as contenders for the overall prize – the Lord Nelson Trophy – one of the Caribbean’s most famous yachting prizes. Ross Applebey’s Oyster 48, Scarlet Oyster, and Jonty Layfield’s CS40, Sleeper/U-Go, both have perfect scores racing in large classes.

Cliff Andrews, sailing coach at the Antigua Yacht Club has been racing on Sleeper: “Everybody has been working together on board; team work in a big crew is really important and everyone has been sticking to their role which has given us great boat speed. Starts are always important and our plan has been to stay out of trouble and not try to do anything flash. Biwi Magic came within a minute of beating us today. She is really quick upwind and Hightide and Zarafa are both being sailed very well.”

Tim Thubron, tactician on Scarlet Oyster, spoke about the start of the first race today: “We originally planned to start at the starboard end of the line but we saw how competitive the start was and we tacked away to leeward to play it safe and we ended up running all the way to the pin. It could have worked out very badly for us when we ran out of room heading towards the beach, but in the end we only had to take a few transoms. The game plan tomorrow is to keep carrying on as we are. The guys are enjoying some fantastic racing.”

In CSA Multihull Racing Eduardo Perez’s foiling G4 Gunboat Timbalero III won both of today’s races to win the class with a day to spare. However in CSA – Multihull Bareboat, the class will be going to the wire tomorrow. Lindsay Irwin’s Frigidaire leads James Mastro’s Yasawa 2 by a single point.

The winners for CSA Racing 1 & 2 have been decided: Peter Lewis’ Bajan team racing TP52 Conviction/Barbados Offshore Sailing Syndicate and Alan Edwards’ British team racing Swan 65, Spirit will be celebrating tonight. Both teams have won their class with a day to spare. Conviction has a straight run of bullets but is unlikely to be a contender for the overall win as the class is a small one.

The winner of CSA Racing 3 is far from decided. Daniel Figueirido’s Argentinean team racing Soto 53, Humildad Zero is the class leader, but only by a point from Sir Richard Matthews’ Grand Soleil 53, Shine. Nigel Passmore’s British J/133, Apollo 7 is third and has a slim chance of winning the class tomorrow.

It was a mixed day for Chris Jackson’s team racing First 40.7, Profile Logic. A spinnaker wrap in the first race of the day cost the class leader their 100% record but the Sailing Logic team recovered well to place third. A win in the last race of the day secured the class title for Profile Logic and the possibility of an overall win is still alive. Patrick Holloran’s First 40.7, Caipirinha scored their first win of the regatta and followed that up with a second place to be in a strong position for second in class. Last year’s class winner, Dave Cullen’s J/109, Pocket Rocket is third with one race to go.

Youth sailing in Antigua is on the up. Three years ago sailing became part of the national school curriculum for Antigua & Barbuda and young Antiguans have been given the opportunity to learn the sport at the Antigua Yacht Club and the National Sailing Academy of Antigua & Barbuda, both based in Falmouth Harbour. In the past Antiguan sailors such as Olympian Karl James and Franklyn Braithwaite have been the stars and they are very much involved in developing youth sailing in Antigua. In recent years Shannon Falcone, America’s Cup winner with Oracle, and Louis Sinclair racing with Abu Dhabi Ocean Racing in the current Volvo Ocean Race, have taken the level of sailing by Antiguan sailors to the very top level.

Antigua Sailing Week is very proud and delighted to see that there are many young sailors taking part this year. During Lay Day, several young sailors got the ride of their lives on board Eduardo Perez’s foiling G4 Gunboat Timbalero III, rubbing shoulders with Shannon Falcone.

Many teenagers are competing at Antigua Sailing Week including Rhone Kirby aboard Chris and Carolyn Groobey’s Gunboat 55, Toccata. Rhone is aspiring to be the next Antiguan sailor to go to the Olympic Games: “It has been awesome to go out on the G4 and racing on Toccata has been great. I am trying really hard to qualify in the Laser for the Rio Games. It will be tough to get there, but I am only 17 so I have a few years yet to make it.” Other teenage Caribbean sailors racing at Antigua Sailing Week include Rocco Falcone, Frankie Smith, Jalese Gordon, Vincent Amalfi, Jules Mitchell, Kai Holmberg and Maurice Belgrave Jr.

Racing at the 48th Antigua Sailing Week concludes tomorrow with one race scheduled for the last day. The party programme continues with Seafood Thursday on the lawn of the Copper & Lumber Store in the romantic surroundings under the palm trees of Nelson’s Dockyard. Hosted by Antigua’s National Parks, diners will enjoy fresh lobster, crab, shrimp and mahi mahi. It’s a perfect night to wind down and prepare for the last day of racing and the big finale, the Yida International Antigua Sailing Week Awards Ceremony and After Party. 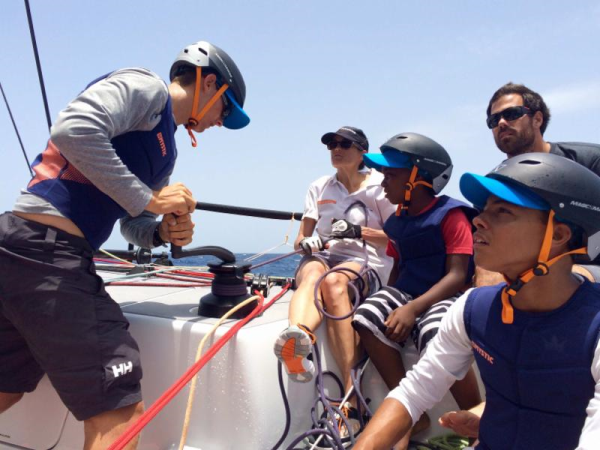 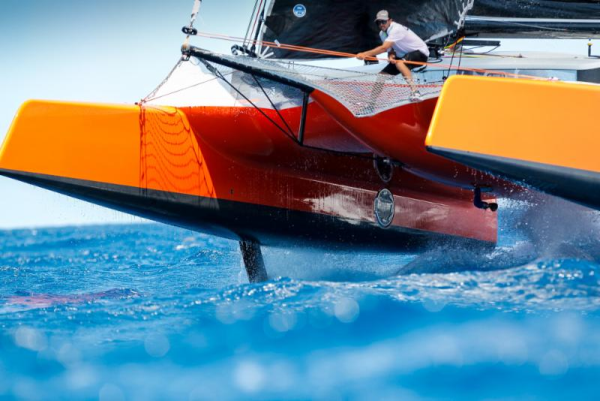 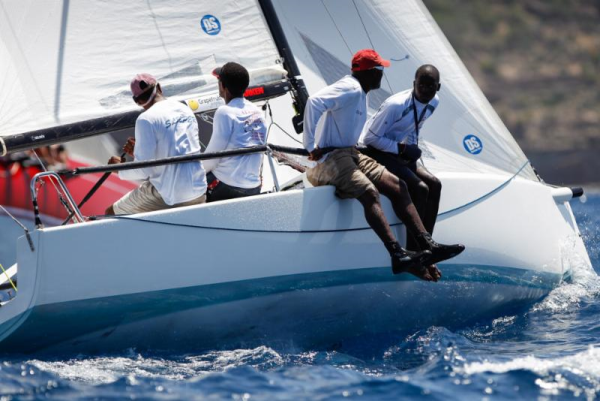 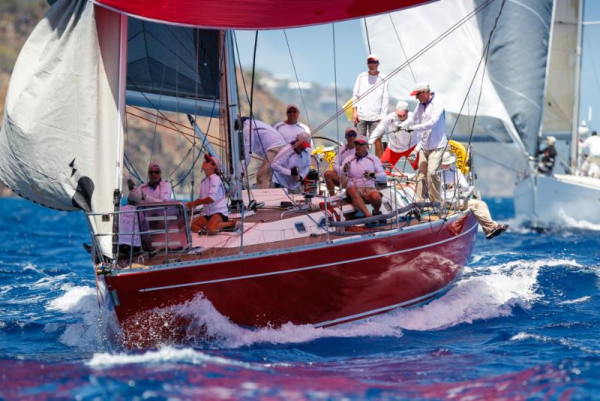 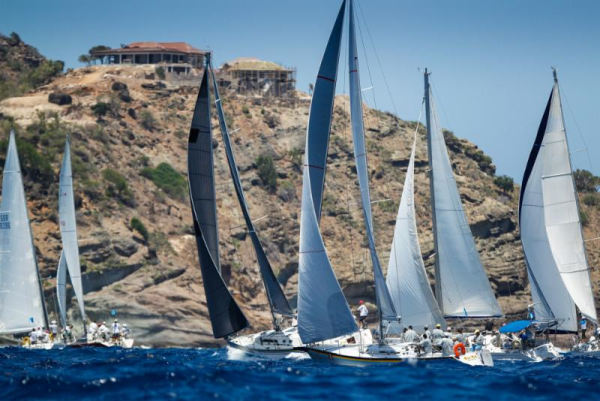