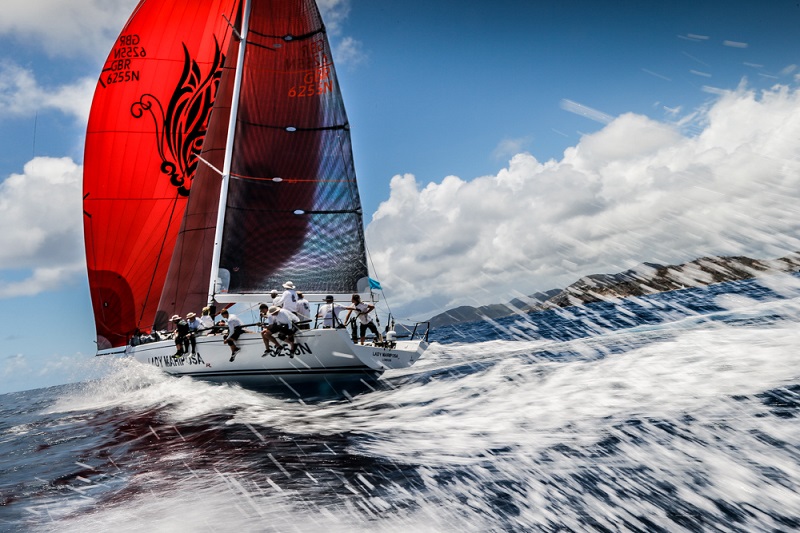 Brilliant sunshine, solid trade winds and Caribbean surf made for the perfect start for the 52nd edition of Antigua Sailing Week. The cocktail of heaven-sent conditions was very apt for English Harbour Rum Race Day. The six CSA racing classes were on the Windward Course enjoying some epic downwind legs straight off the front of the brochure!

“We are a mixture of professionals and corinthian sailors, but everyone has an important role to play – there are no passengers,” commented two-time Olympic Gold Medallist, Jesper Bank, skipper of Lady Mariposa. “We had excellent conditions today and close competition and the last downwind leg was a big part of our race win. When you are going at full speed in a high performance boat, it is a fantastic feeling for everyone on board.” 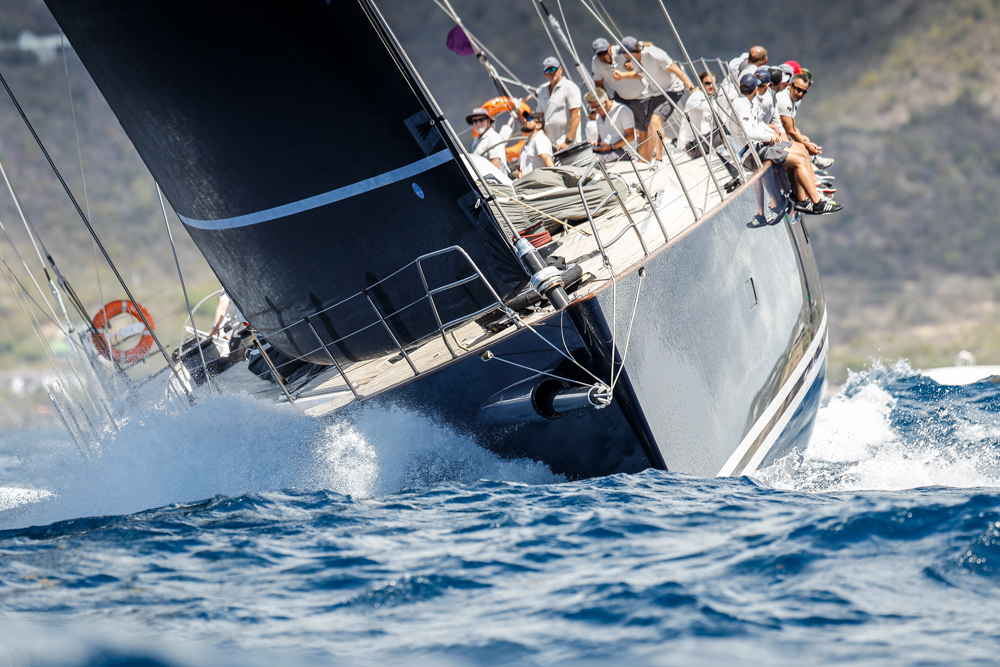 “We are in a tough class; it’s full on!” commented Ross Applebey, skipper of Scarlet Oyster. “Less than two minutes separated the top five boats and it is very easy to miss the podium all together. Jules (White), skipper of Liquid has his team on the pace. Inka Team sailed really well, and Taz and Touch2Play are also well sailed boats. In this race, the run to the finish worked well for us as we could use our waterline length. However, on the races to come, with shorter legs, the boat handling is harder for us. We will have a celebration but I think we will be reasonably early to bed tonight!” 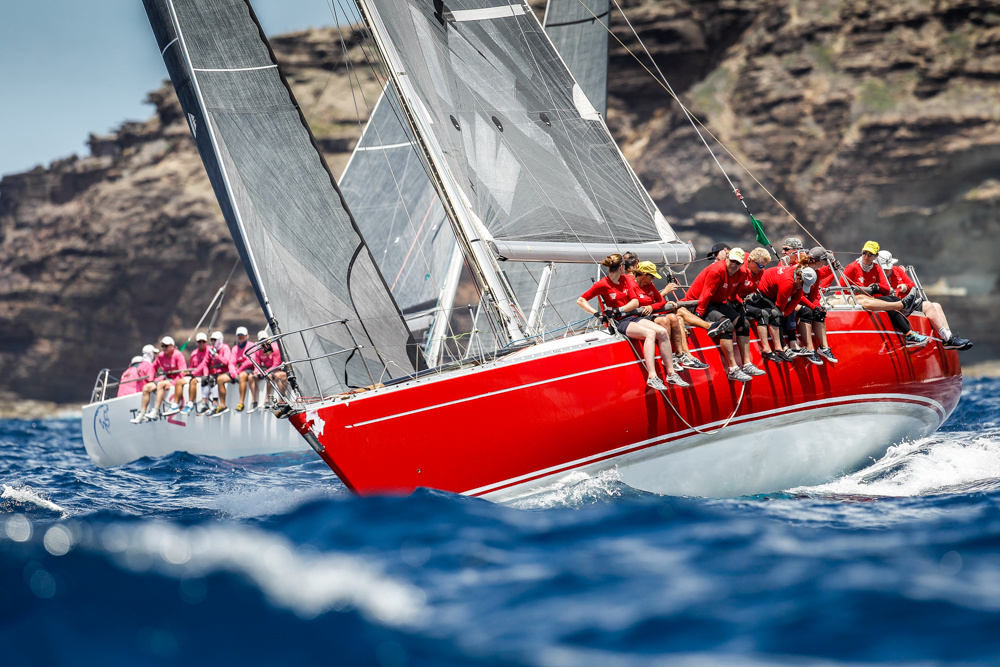 CSA 6 produced the closest race of the day, with Jules Mitchell’s young Antiguan team racing 1720 NSA Spirit to victory by just 7 seconds from Raymond Magras and Patrick Bernier’s St.Barths’ team racing Dufour 34 Speedy Nemo. Tough luck for Raymond Magras who was celebrating his birthday on the stage with his team. Raphael Magras racing x-34 Maëlia CEPAC Antilles, also from St.Barths was third, and led the chant of Happy Birthday!

“It’s tight racing and our awesome team work had to be good today. We have taken on a new team member and it was his first race with us. Tyrique Adamns is 14 years old and will be representing our country at the Optimist Worlds in Antigua this summer. The French teams in our class have come over with some speed this year and we will be retaliating the same way!” 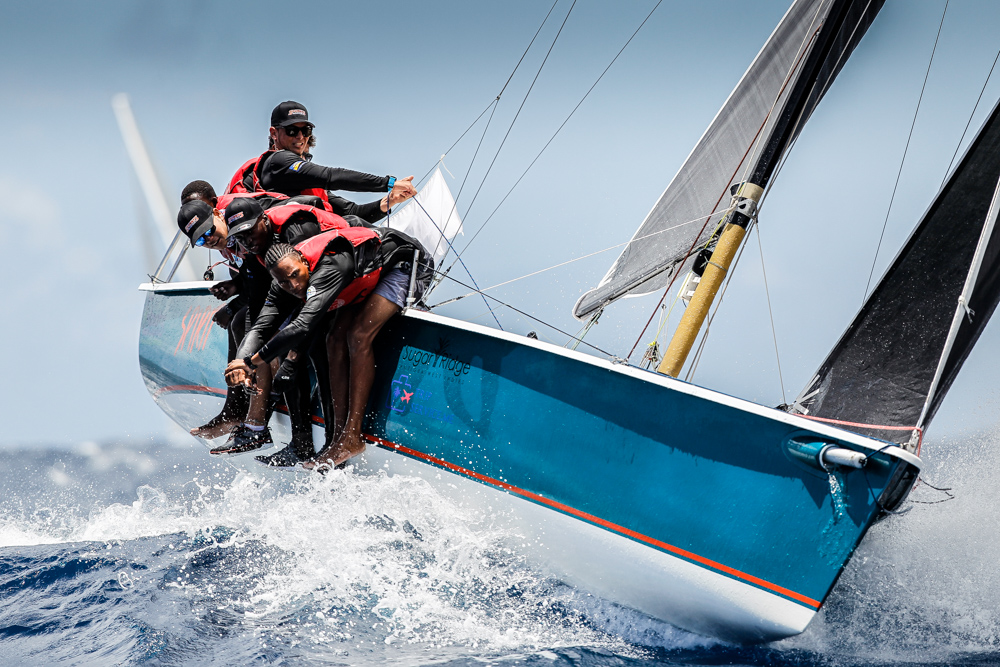 In the Multihull Class, Robert Szustkowski’s Polish HH66 R-SIX, skippered by Robert Janecki flew around today’s 20nm course to win on corrected time. However, Stephen Bourne’s Rapido 60 trimaran Ineffable took line honours in the high speed battle. The Double-Handed Class produced a close battle between two American teams. David Kinsey’s Oyster 49 Buckaroo crossed the finish line just 9 seconds ahead of Philip Asche’s Swan 44 Freebird after over three and a half hours of racing, including a run and a beat along the beaches of the West Coast of Antigua. Australian Henry Rourke racing his Open40 Raucous was third. 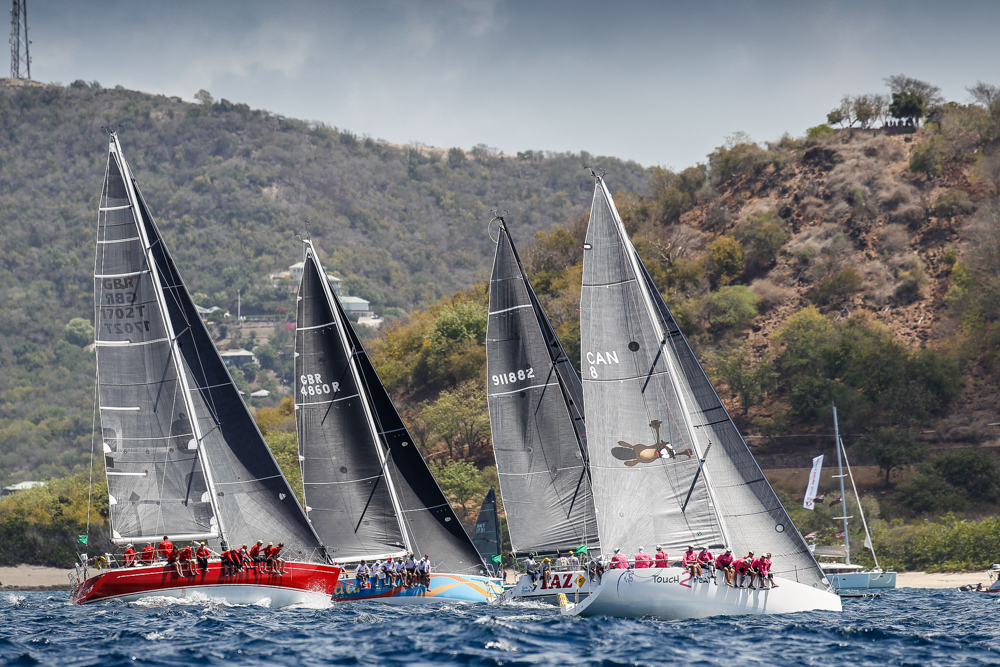 Hundreds of spectators packed Shirley Heights Lookout earlier in the day, eager to watch the impressive fleet and to enjoy the celebrated breakfast bash. Many more race fans enjoyed the VIP experience of Chase the Race on board Wadadli Cats, with a ‘ring-side seat’ for the racing action.

The Daily Prize Giving is a big feature of Antigua Sailing Week, it’s where sailors from six continents mingle after racing at Antigua Yacht Club to applaud the day’s winners and watch the video action. Live music from The Climaxx Band and English Harbour Rum give-aways made for a perfect end to a cracking start for the Caribbean’s most famous regatta! 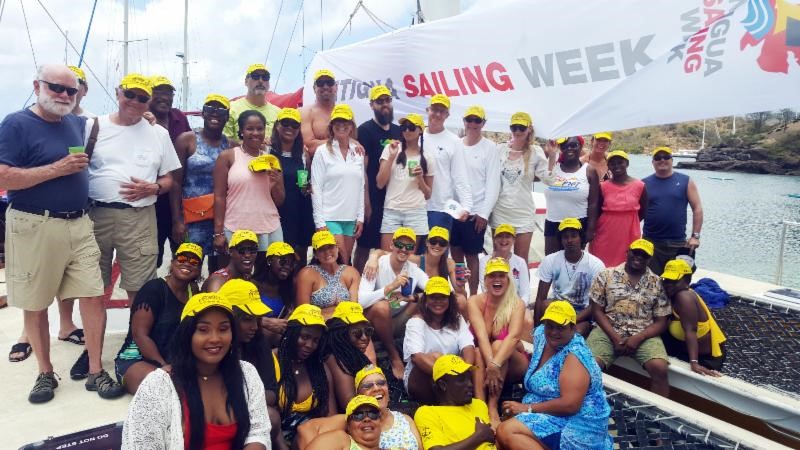 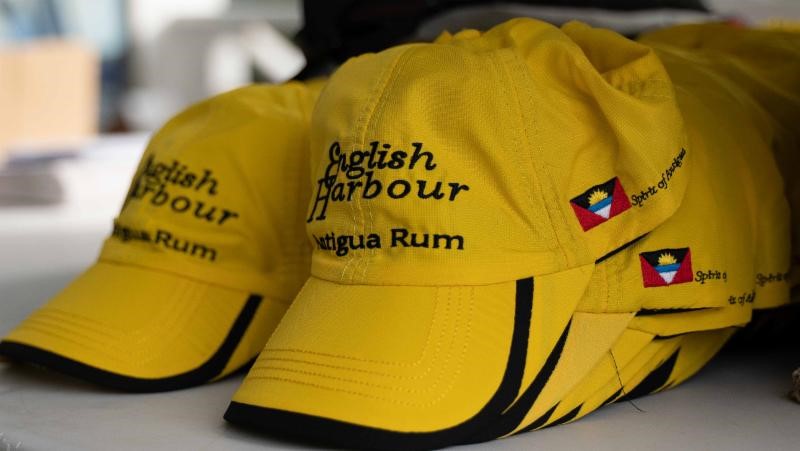