ST. JOHN’S, Antigua, April 29, 2017–The Peters & May Round Antigua Race produced a spectacular match race between two magnificent ocean greyhounds with an unbelievable finish. Sir Peter Harrison’s British ketch Sojana and Jean-Paul Riviere’s French sloop, Nomad IV battled it out for the 52 miles, just a few minutes apart for the duration of the race. The Peters & May Round Antigua Race produced a battle for line honours that Lord Nelson and Vice Admiral Villeneuve would have been proud of. However, it was Ross Applebey’s Oyster 48, Scarlet Oyster which stole the limelight, coming from behind to win the race overall after CSA time correction and the Peters & May Trophy. 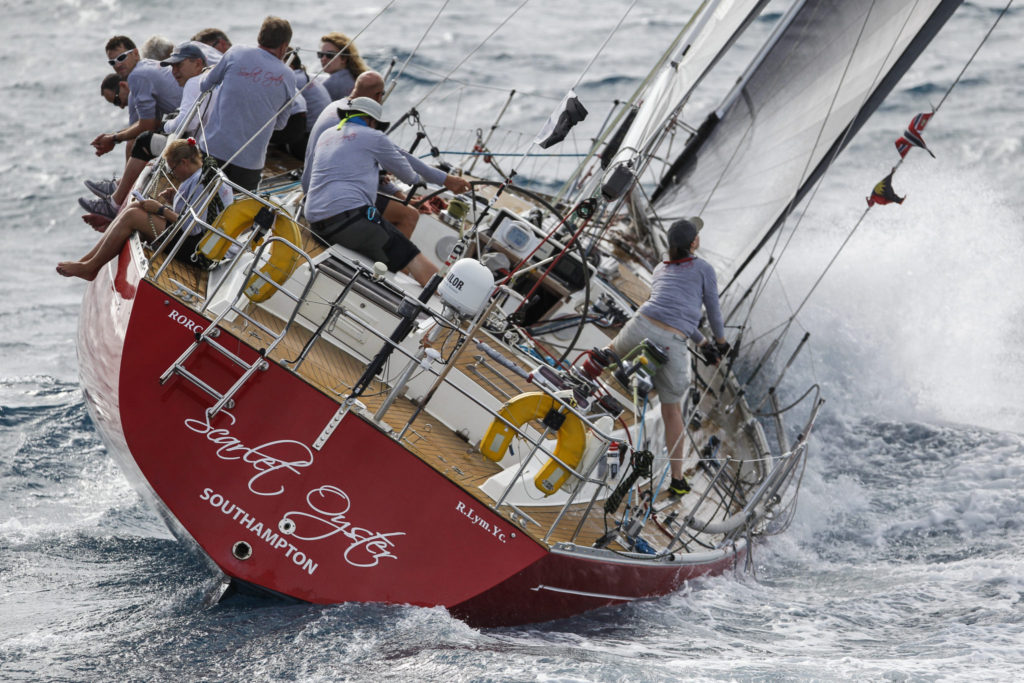 “We were over for our start and had to go back, but at least we were at the right end of the line,” commented Scarlet Oyster’s Ross Applebey. “I am a great believer in taking part in the Peters & May Round Antigua Race. Before you get here, you don’t really know where you are compared to the competition and with longer legs in this race, there is time to debrief on the race course to improve performance. It is fantastic to win the Round Antigua Race but this is only the start.”

Sojana got a better start than Nomad IV and after cracking sheets at York Island, the two yachts hoisted reaching sails, surfing through the ocean swell at 20 knots. Downwind across the top of Antigua, Nomad IV was quicker than Sojana, at one stage, getting within a few hundred metres of their opponents, but as the pair turned the corner for the reach down the west coast, Sojana’s ketch configuration and longer hull reaped the rewards. As the pair made the southwest corner of Antigua, the race was won. Sojana was just too powerful upwind, but crossing the line to take the gun was a bittersweet moment. Sojana had won the battle but failed in their attempt to break the race record by an agonising single second! 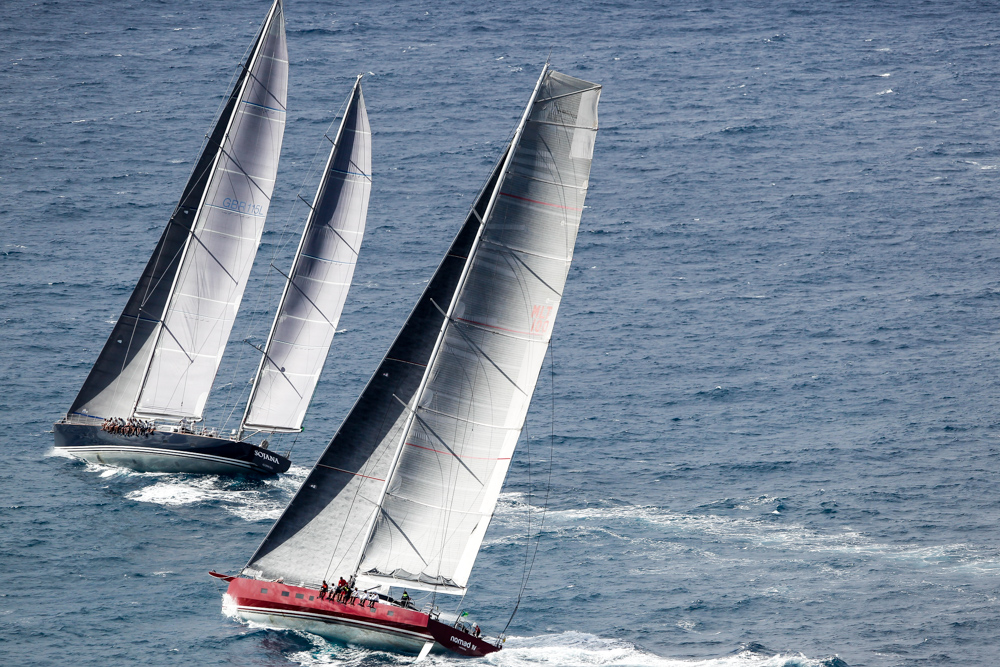 Sir Peter Harrison’s British ketch Sojana and Jean-Paul Riviere’s French sloop, Nomad IV battled it out all around the 53 mile course in the Peters & May Round Antigua Race © Paul Wyeth/pwpictures.com 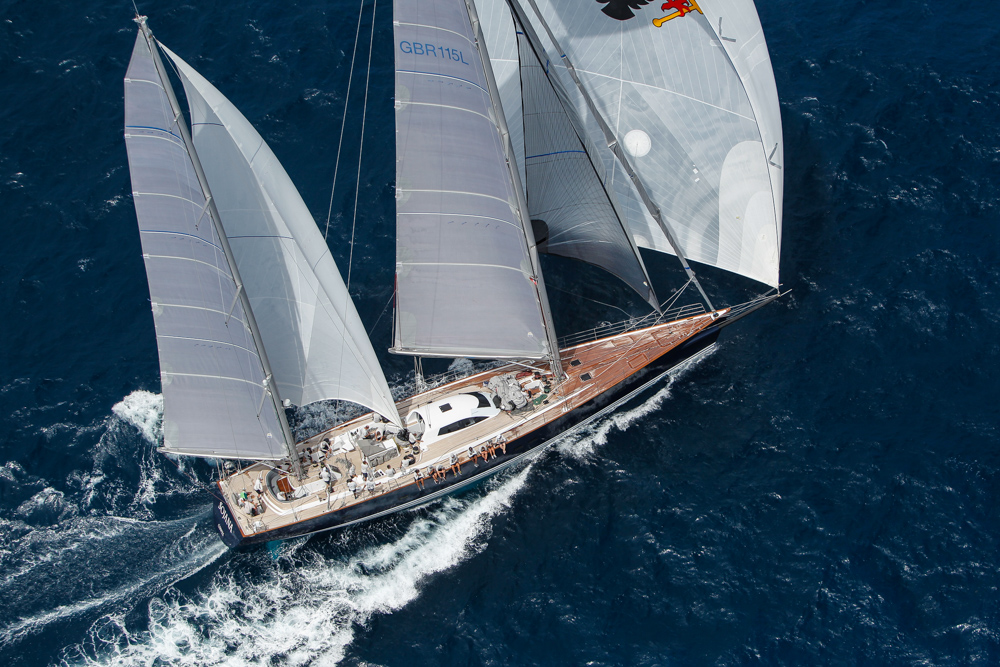 Celebrating his 80th birthday, Sir Peter Harrison’s British ketch Sojana missed the record for the Round Antigua Race by one second!
© Paul Wyeth/pwpictures.com

It was Sir Peter Harrison’s 80th birthday and you would have thought the narrow miss would have spoiled the party, but he would have none of it: “To be racing at the 50th Antigua Sailing Week on my 80th birthday is really special. Last night we had a party at Clarence House (restored by the Peter Harrison Foundation) and we stayed up until after midnight, but the crew were on good form today. I am just so happy to be here, so to miss the record by one second is not so bad. Don’t get me wrong though, I am very competitive and nothing would be better than winning Antigua Sailing Week again. I have been coming here for over 20 years, Antigua is my second home.”

Ross Applebey’s Oyster 48 Scarlet Oyster corrected out to win the Peters & May Round Antigua Race by less than a minute from Adrian Lee’s Irish Cookson 50, Lee Overlay Partners, with Sojana claiming third after CSA time correction.

In CSA 1, Lee Overlay Partners was the winner, with Sojana in second place. There was a big cheer at the prize giving for Bernie Evan Wong’s Antiguan team racing RP37,Taz, which claimed third. In CSA 2, Scarlet Oyster was the winner with Jeremy Thorp’s First 40, Joanna in second, with J/122 Team Skylark/ El Ocaso from the Newport Harbor Yacht Club in third. 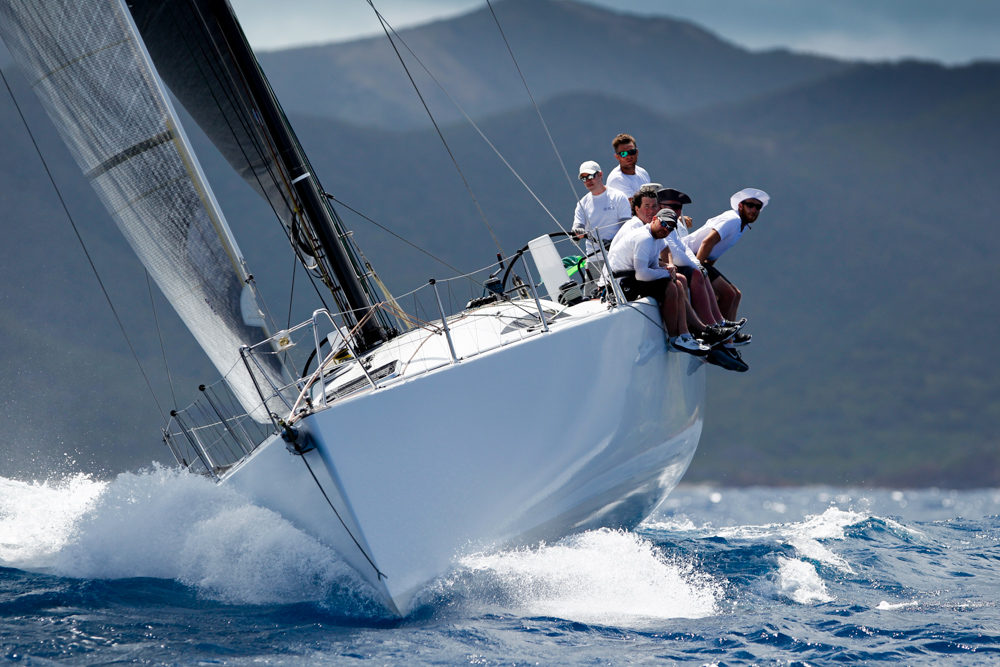 John O’Connor’s American CNB 76, Sapphire III had a cracking race, leading the fleet for the early part of the race and was the winner of CSA 3. Simon Costain’s X-50, Xanadu was second with Fin McGurran’s Moody 66, Mustique in third. 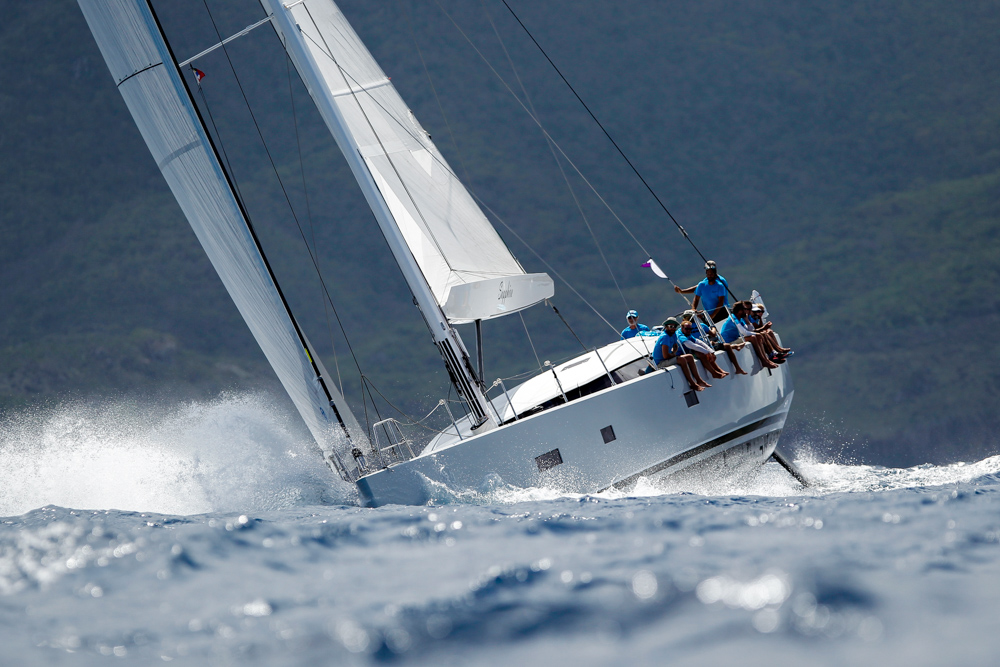 A special mention must go to the Nonsuch Bay Resort Team, racing an RS Elite to win CSA 4. The 24ft match racing boat must have been a wet ride around the windward side of the island. Siegfried Rittler’s Classic Tilly XV, the only classic in the race was second and Philip Asche’s Swan 44 Freebird was third. John Lawson’s French TS42, BitterSharp took line honours and the win on corrected time in the Multihull Class.

The Peters & May Round Antigua Race Prize Giving was held at Nelson’s Dockyard with Guests of Honour, His Excellency Sir Rodney Williams and Lady Sandra Williams. A welcome address was given by Shirlene Nibbs, Tourism Consultant on behalf of the Minister of Tourism and the Government of Antigua & Barbuda and prizes were presented by Craig Stanbury, Operations Director of Peters & May. Live music was provided by Spirited, the highly acclaimed band featuring West Indies Cricket Legends, Sir Curtly Ambrose and Sir Richie Richardson. 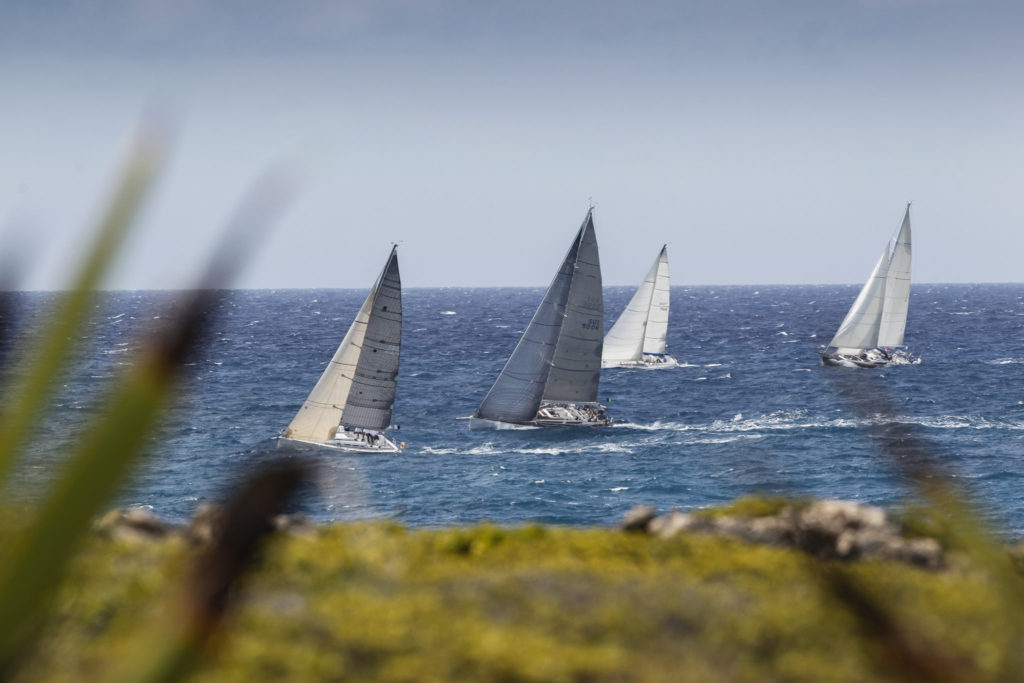 Full results are available at: www.sailingweek.com