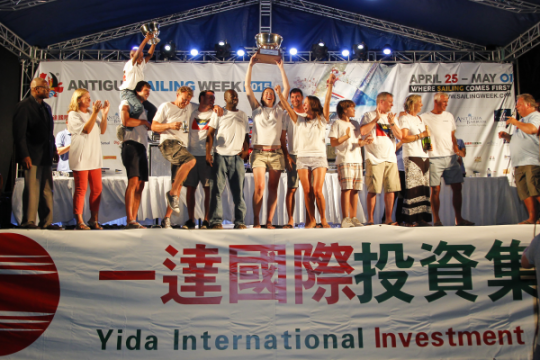 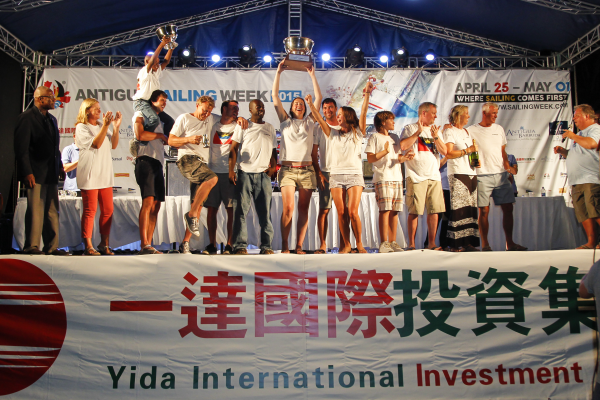 The Awards Ceremony for the 48th edition of Antigua Sailing Week was held in Nelson’s Dockyard, English Harbour. The glittering prize giving was attended by His Excellency the Governor General of Antigua and Barbuda, Sir Rodney Williams, Asot Michael, Minister of Tourism, Economic Development, Investment and Energy and Kenneth Kwok, Vice President of Yida International Investment Group, Antigua Sailing Week sponsors. Thousands of people applauded each winner as they took to the stage and then danced the night away to Antiguan band Itchy Feet, featuring the sultry vocals of lead singer Asher Otto. DJ Purist kept the party buzzing well into the night.

“I just don’t believe it, I am astonished. We borrowed a boat that we had never sailed and put together a crew of family a friends, including children, and we have won the biggest prize of all. I am totally speechless, except to say a big thank you to Kathy Lammers and Sir Hugh Bailey and all of the team who make Antigua Sailing Week such a well run and enjoyable regatta.” 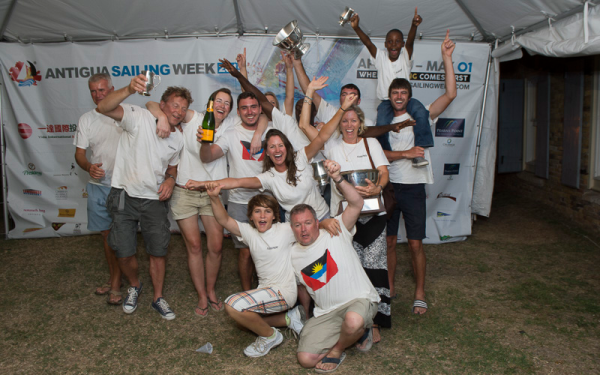 “Ten years ago, Tim Thubron and I were on a yacht that had the best score of any yacht, but we were told the Lord Nelson Trophy went to the big boat class. So we are naturally disappointed but very happy for Jonty and his crew for their success. Scarlet Oyster was in a very competitive class and all you can do is aim to win your class and we have done that with a perfect score, even though we won two races by just a couple of seconds – we couldn’t have done any better,” commented Applebey. 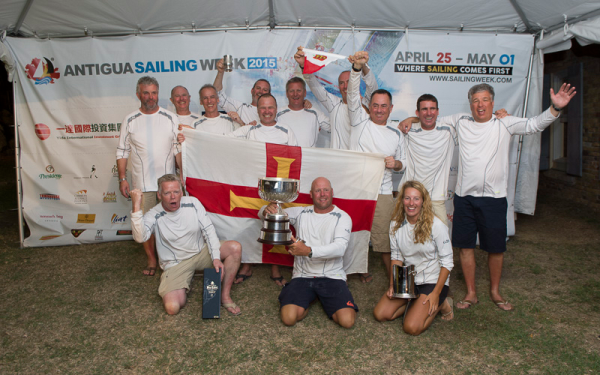 Bernie Evan-Wong’s Antiguan RP37 TAZ was the winner in CSA Racing 4 and the Best Caribbean and Antiguan Boat in Start Boat A: “TAZ needs to be sailed really well to get the best out of the boat and this week we have learned so much more about unlocking the pace in the boat. When I look back at the ability of my team a few years ago, we have improved tremendously and Antigua Sailing Week has been a big part of that improvement.” 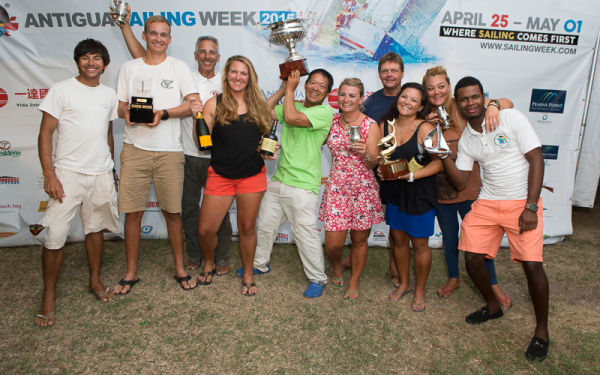 “Hartmut Holtmann has brought more sailors to Antigua than Lord Nelson”, joked MC, Tommy Paterson. In truth Harmut’s company KH+P yachtcharter has been bringing bareboat teams to Antigua for the last 25 years: “Everyone is safe ashore after an excellent regatta which is always satisfying. Looking to the future in 2017, it will be the 50th Antigua Sailing Week and we hope to have brought 500 yachts to the regatta by then.”

Further information, Results and photos from the final awards ceremony can be found at the ASW Home Page 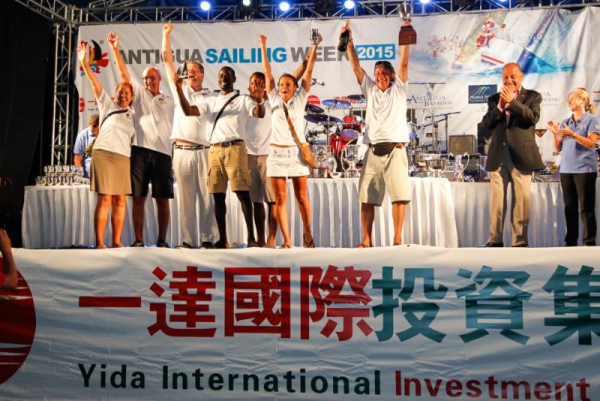 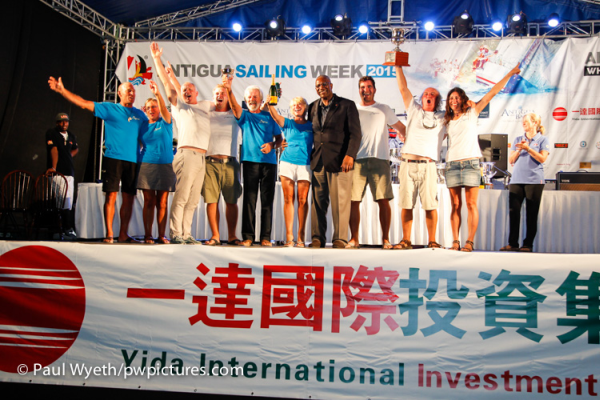 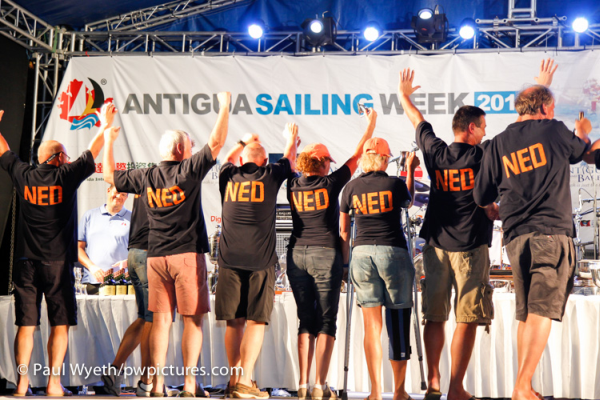