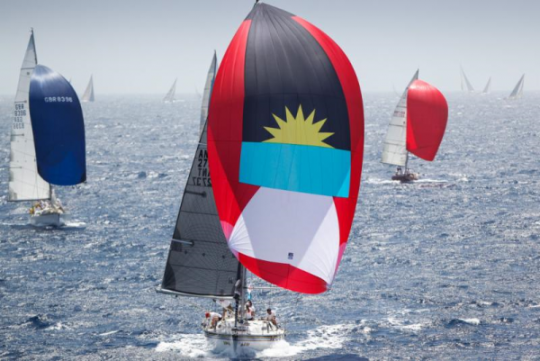 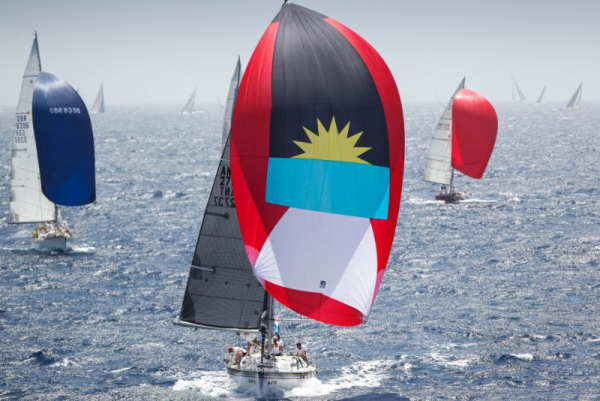 The final day of the 48th edition of Antigua Sailing Week was blessed with amazing conditions, 20 knots of trade winds, pumping down the rugged south coast of Antigua, kicking up a sea state in brilliant tropical sunshine. With the full programme of eight races completed, the winners of the 13 classes will be celebrating in Falmouth and English Harbours prior to tonight’s Final Awards Ceremony. To be honest everyone will be celebrating. The racing and partying have been legendary and with everyone safely ashore without any major problems, it is smiles all around in Antigua.

The big question is who has won the overall prize? The winner of the Lord Nelson Trophy is virtually a dead heat between Ross Applebey’s Oyster 48, Scarlet Oyster and Jonty Layfield’s Antiguan CS40, Sleeper/U-Go. The winner will be announced later this evening at the Yida International Antigua Sailing Week Awards Ceremony in Nelson’s Dockyard.

“When you are racing Scarlet Oyster second is first,” laughed Bill Blain. “There are 23 members of the Royal Southern racing here and at least 60 friends, wives and sweethearts. What is even more fantastic is that we have so many other yacht clubs from all over the world participating in the Royal Southern YC Inter-Yacht Club Challenge. The first name on the trophy will be Scarlet Oyster and it is a superbly sailed and prepped boat. You have also got to look at the crew. The team from the Guernsey Yacht Club racing on board are great sailors and great gentlemen ashore, plus they have Ross Applebey and the Royal Southern’s newly appointed Sailing Manager, Tim Thuberon calling the shots. This is a fantastic regatta, the conditions and atmosphere are just wonderful and hats off to Gordon Cossar for coming up with the brilliant idea of the Royal Southern YC Inter-Yacht Club Challenge. I am sure it will go from strength to strength.”

Peter Lewis’ TP52, Conviction, sailed by the Barbados Offshore Sailing Syndicate, scored their eighth straight win over Saulius Pajarskas’ Volvo 60, Ambersail to win CSA Racing 1. In CSA Racing 2, Alan Edwards’ classic Swan 65, Spirit dominated the class to win by a handsome margin. Oyster 82, Starry Night of the Caribbean was well-sailed and rewarded with second in class. Ondeck Farr 65, Spirit of Juno was third. However, there will be smiles aboard Jean-Paul Riviere’s Dolphin 100, Nomad IV which finished the regatta in style, winning the last race.

In CSA 4, Bernie Evan-Wong’s RP37, TAZ was well and truly lit up today, planing downwind, hitting a top speed of 18 knots to win the last race of the regatta and the class by five points from Ian Hope-Ross’ Melges 32, Kick ’em Jenny II. Jim Hightower’s Texan team racing King 40, Hot Ticket was second in today’s race and third in class for the regatta.

Scarlet Oyster was the run away winner in CSA 5 but the big battle was for second between Carlo Falcone’s Caccia alla Volpe, Andy Middleton’s EH01 and Christian Reynolds’ Swan 51, Northern Child. EH01 won the three-way battle scoring second in the last race with Northern Child pipping Caccia alla Volpe by a single point to claim the last podium position.

In CSA 6, Chris Jackson’s First 40.7, Profile Logic crewed by the Sailing Logic team continued its impressive form winning today’s race to make it seven wins out of eight races. Patrick Holloran’s First 40.7, Caipirinha could only manage fifth in the last race but held on to second in class from last year’s class winner, Pocket Rocket, owned and helmed by Dave Cullen.

In CSA 7, Roberto Carassa’s Italian team racing At Last… finished the regatta with their sixth bullet to win the class. Kurt Iseli’s Grand Soleil 50, Boingo Alive was second for the regatta and Rodney Dodd’s Blue Fin climbed up to third on the last race to finish the regatta in style.

In CSA 8, Jonty Layfield’s CS40, Sleeper/U-Go won every race to win the class, but the standard of racing and intensity of the competition was highlighted in the last race. Sleeper won by just over a minute from Geoffrey Pidduck’s Six Meter, Biwi Magic, which was a solid second for the series. The battle for third in class could not have been closer. In the last race a dead heat between Tanner Jones’ J/30 Blue Peter and Peter Schofield’s HOD 35, Zarafa gave the last podium place for the class to Steve Carson’s Hightide by half a point from Zarafa.

In the 35 strong Bareboat Fleet, Alice Martin’s Painkiller Racing from Chicago was second in today’s race to win Bareboat 1. Eric Lynch’s Lynch Mob was second in class and a win in the last race elevated Paul Grundmeijer’s Lady Suzanne to third in class. In Bareboat 2, Mario Bacchelli’s Team Mariela won the last race of the regatta lifting the Italian team to third in class. Colman Garvey’s Irish team racing  KH+P  Balaou was fourth today, just enough to hold onto second for the class. Christoph Nielsen’s KH+P Tintamarre was the winner of Bareboat 2 with a race to spare.

The outstanding performance in the Bareboat Division was from Martin Sager’s KH+P Cayenne, which won all eight races to claim the Bareboat 3 Class win. Fabio Muzio’s Jamais 203 was second and Stefan Fahrlander’s Clarabella was third.

“We’re absolutely delighted with how the racing went this week. The on-the-water race management was excellent and the competitors were very happy. We were challenged by light southerly winds all week and had to come up with an additional 15 courses right before the start of racing to ensure that we had some windward leeward legs and not all reaching. We scrambled a little but the courses worked very well and the feedback from the sailors has been excellent!” commented Kathy Lammers, Chairman, Regatta Organising Committee.

YIDA International Ground-Breaking
In a formal ceremony at Barnacle Point yesterday, Race Day sponsor, Yida International Investment Group announced the launch of the Antigua Special Economic Zone and their first project announcement – the Hard Rock Hotel & Casino Antigua. This will be the first of its kind in the Eastern Caribbean region and is projected to open in late 2017.

“We are proud and honoured to develop Hard Rock Hotel & Casino Antigua and we look forward to bringing Hard Rock’s iconic music, food and beverage, retail, entertainment and spirit to the project for the enjoyment of the residents and visitors to this twin-island country,” said Mr. Yida Zhang, Chairman of Yida International Investment Group.

Prime Minister Mr. Gaston A. Browne was awarded a rock guitar by Kenneth Kwok, Vice President of Yida International: “Like its long roster of rock stars, Hard Rock will fully energize Antigua and Barbuda. Not only will visitors choosing to vacation in the Eastern Caribbean region get a brand new and exciting experience here in our beautiful nation, but the project also shall provide a new venue for our local community to enjoy truly international level entertainment. The Hard Rock brand is the perfect fit for Antigua and Barbuda,” said the Honourable Prime Minister.

For full results go to: http://www.yachtscoring.com/event_results_cumulative.cfm?eid=1246 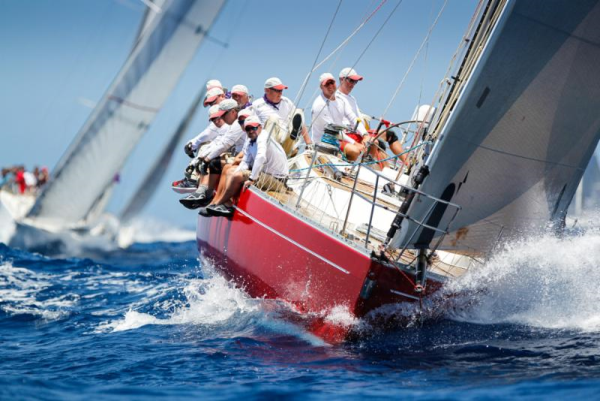 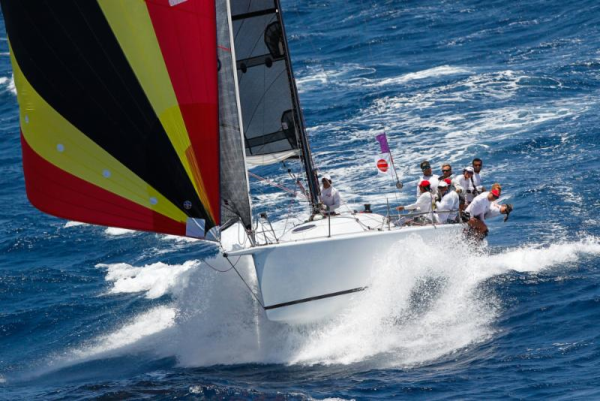 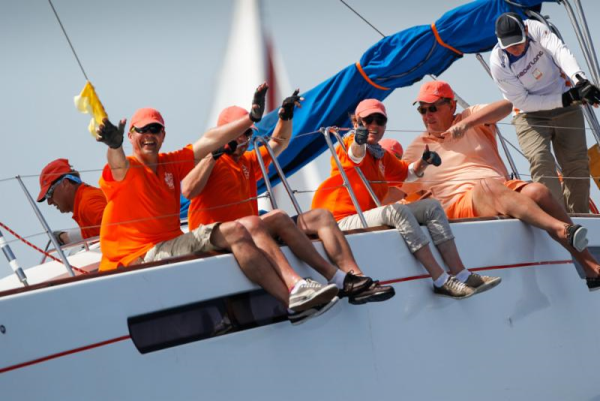 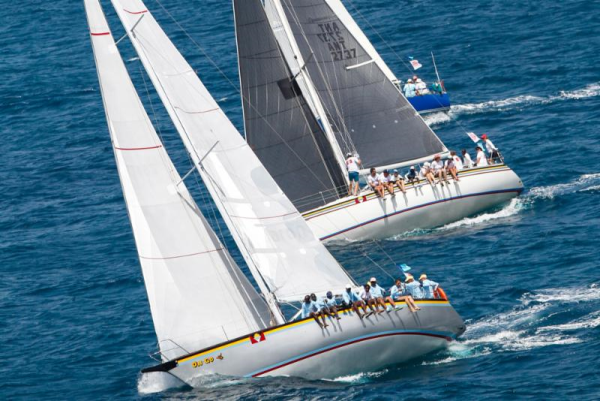 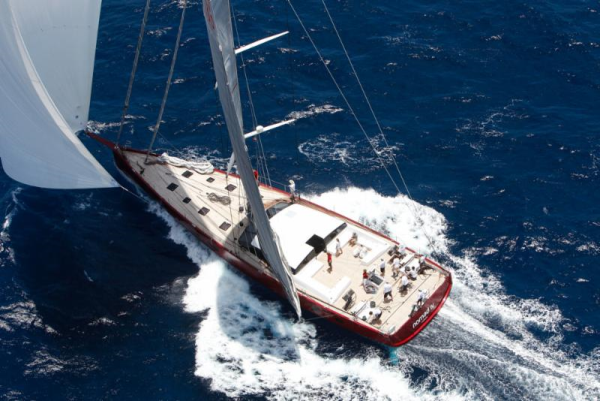 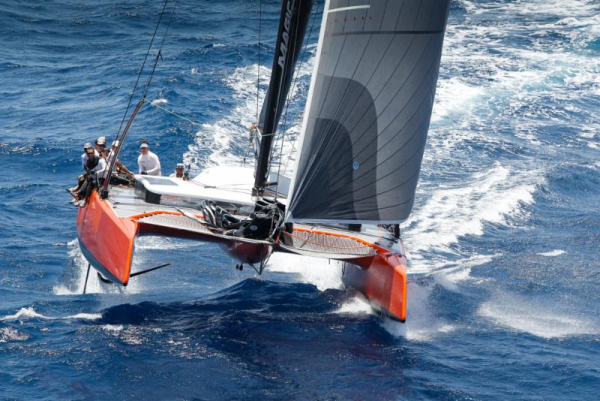 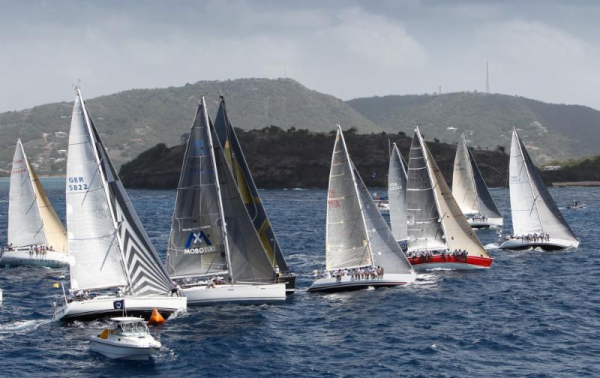 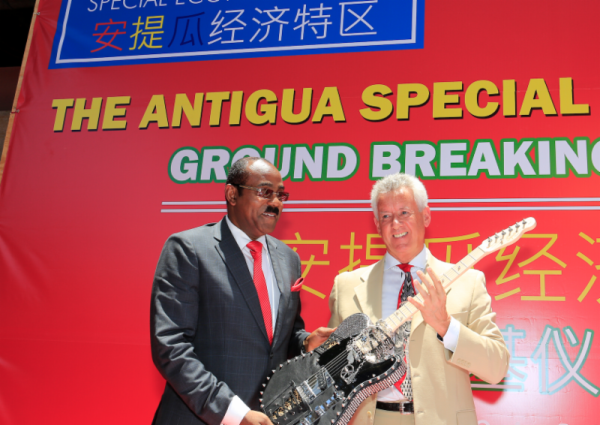 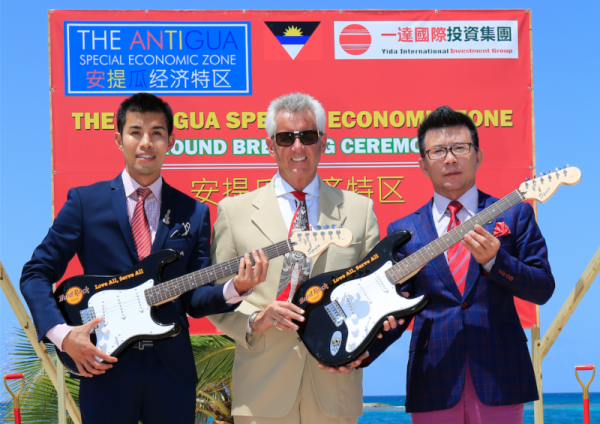